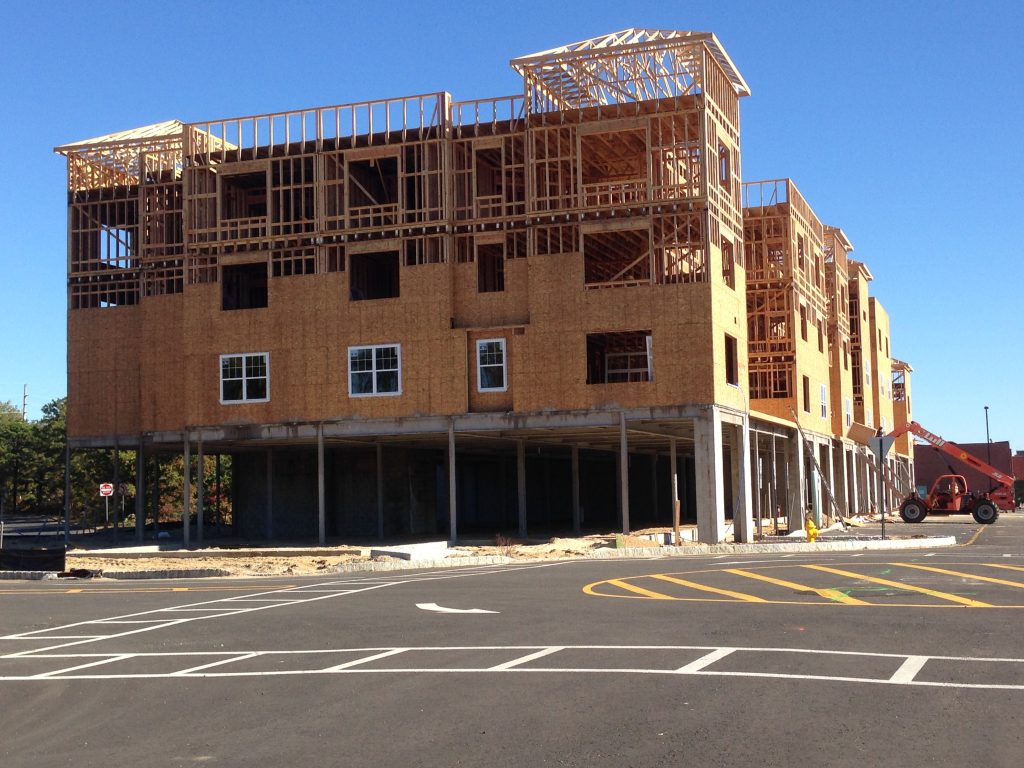 A condominium under construction in Toms River. (Photo: Daniel Nee)

Several Toms River officials this week endorsed the passage of a referendum allowing for a 1-cent increase in the township’s open space tax, saying the town will be unlikely to preserve any more land for two to three years due to a funding gap.

The open space tax was implemented after voter approval in 2001. It adds 1.5-cents per $100 of assessed property value to a homeowner’s tax bill each year. The new rate, if the referendum passes this election cycle, would be 2.5-cents. More than 400 acres of open space has been preserved, including multiple large tracts that could have been developed with hundreds of high-density homes.

The open space fund operates differently than a traditional municipal operating budget. The revenue that accumulates in the fund, plus the annual guarantee of additional revenue, provides the township with borrowing power. It is this aspect of the tax policy that is, at least in part, driving the referendum effort.


“Without the [referendum], our hands are tied until 2023 and 2024 when the bonds from our original open space tax are paid off,” said Mayor Maurice “Mo” Hill.

Hill said about $300,000 remains in the open space account as it currently stands, which “will not allow us to bond for very much.” If the referendum is approved, the township will acquire $16.5 million in buying power.

“That will allow us to buy a lot of open land,” said Hill. “We have several large parcels in this town that are ripe for development, and if we truly want to prevent overdevelopment, the residents need to come out and support this 1-cent tax.”

In 2018, voters rejected an effort to increase the open space tax in an approximately 60-40 vote. That referendum asked voters to double the tax from 1.5-cents to 3-cents. This time, the rate would be increased from 1.5-cents to 2.5-cents, which is expected to cost the average homeowner about $30 per year.

“For some of us natives, since ’65, we’ve seen a lot of development,” said Council President Kevin Geoghegan. “I wish it stopped long ago, but it’s people’s land and they sell it to who they see fit. We’d like to be the buyer.”

Geoghegan said he would favor partnering with Ocean County or the Toms River Regional school district, where appropriate, to accomplish more open space preservation. Hill added that the program has been successful over the past 20 years, with the majority of construction projects ongoing in Toms River the result of state-mandated affordable housing laws rather than local policy.

“When you think of one penny, and what that one penny can do to preserve open space in this town, it means quite a bit,” said Councilwoman Maria Maruca. “Look at where the girls’ softball field is – that was an open space purchase, and we now have activity there for our youth. Freedom Park is one of these places as well.”

Maruca also recalled a development of 350 apartments near the intersection of Hooper Avenue and Fischer Boulevard that was prevented from being built after the township utilized open space funding to buy the land.

“I would encourage the residents of this community, whether you’re doing early voting, vote-by-mail or in person, to vote yes on the referendum for that one penny to preserve open space for our children, grandchildren and community,” Maruca said.