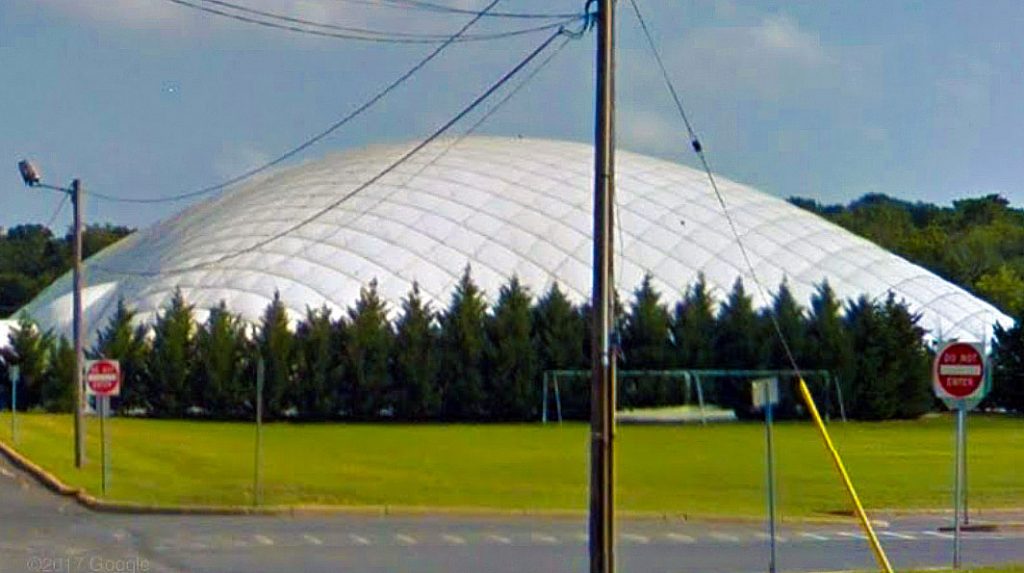 Selling naming rights for the John Bennett Indoor Sports Complex, more commonly known as “the bubble,” is part of a plan to upgrade the facility and turn it into a year-round operation.

“That bubble, right now, is an eight month facility,” said Superintendent David Healy. “In the summer, it’s 115 degrees in there. It’s a work in progress, but we’d like to make that a 12 month facility.”

The district “has an interest” in obtaining naming rights for the bubble, and has already conducted a traffic study to determine how many times motorists would see a potential sponsor’s logo when the drive by. The study showed there would be 11 million “impressions,” or views, each year – significantly more than the arena at Toms River High School North, which was recently named for RWJ Barnabas Health.


“The objective is to have that bubble filled as much as we can,” said Healy, who discussed the matter at a town meeting on a proposed referendum to provide funding for facilities improvements district-wide. Shorebeat will report separately on the referendum plan, but some of its funding, which is likely to exceed $100 million, could end up going to projects related to the bubble, such as building a paved lot and linking it to Toms River Intermediate East.

The bubble is “in the black,” said William Doering, the district’s business administrator, explaining that the facility hosts tournaments and has several revenue sources. Revenue from naming rights would go into a special account, he said, just as receipts from users do.

The bubble costs about $75,000 per year in maintenance costs, and “a couple hundred thousand dollars,” roughly, in utility costs since it needs to remain pressurized even when not in use, officials said.

Healy said upgrades to the bubble would include air conditioning and bathrooms, as well as a fully paved parking lot.