Pine Belt Arena to be Renamed For RWJ Barnabas Health 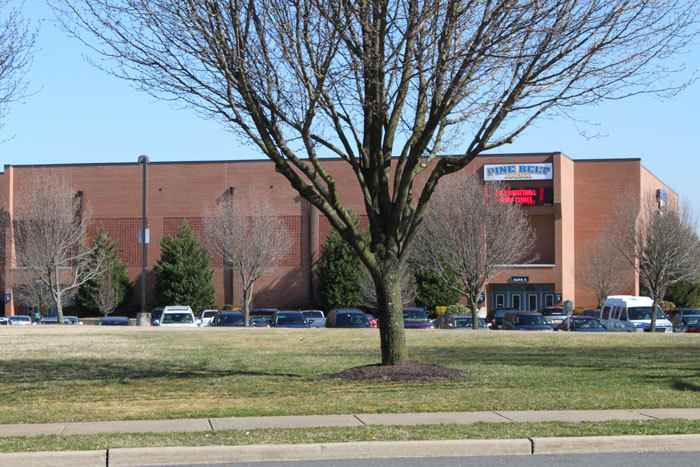 The arena at Toms River High School North will change its name as part of an agreement between the school district and a regional healthcare provider.

The contract with RWJ Barnabas Health was approved at a meeting Wednesday night. The deal includes both naming rights for the arena, currently known as the Pine Belt Arena in a similar sponsorship deal, and a number of educational partnership opportunities.

RWJ Barnabas Health, which owns Community Medical Center, will pay the district a total of $637,500 over five years. It begins Jan. 1, 2018. The official name of the 3,200-seat arena has yet to be determined, and an announcement will be made during the first quarter of 2018, officials said.


A temporary banner will soon be placed on the arena, which will host a handful of major events this winter including the WOBM Christmas Classic basketball tournament and a popular restaurant show, according to district officials.

While the arena naming rights will be the most visible sign of the pact, a major component will be educational services in the schools sponsored by the healthcare provider.

“This is more of a partnership than a sponsorship, and what we’re most excited about is to work side-by-side with RWJBarnabas Health in a way that directly and positively impacts our students,” Superintendent David Healy said. “Everything from student internships to wellness education to athletic protocol is being discussed, and we couldn’t be more thrilled.”

RWJ Barnabas Health will serve as a consultant on planned updates to health-based curriculum, particularly for the STEAM Academy School of Biomedicine, and will work with teachers and staff on training in an effort to support and prepare students for future healthcare positions, the district said in a statement.

“At RWJBarnabas Health, it is our mission to create healthier communities throughout New Jersey. This partnership provides us with the unique opportunity to collaborate with the Toms River School District in a meaningful way to develop education and wellness opportunities that will directly affect the community,” said Amy Mansue, President of the Southern Region of RWJBarnabas Health, in the statement. “This will allow both of our organizations to leverage resources to serve the students and their families. We look forward to investing in health education and overall community wellness.”

“It’s quite impressive, and I really want to commend the administration,” Board President Ben Giovine said, after the agreement was announced. “This is a great step and I look forward to seeing the next board, and future boards, continuing to do what they can with sponsorships.”

The arena was originally named after longtime superintendent Michael Ritacco, who was convicted in a $10 million bribery scheme in 2012 and is now serving an 11-year prison term. His name was covered with tarps and then taken down after the scandal broke. Later, the district would ink deals with Poland Spring, then the Pine Belt auto dealership chain for naming rights.

A full copy of the contract was not available at Thursday’s meeting.