In what has become a frequent scene after coastal storms roll through, the oceanfront in Ortley Beach received significant erosion during Thursday and Friday’s nor’easter. The storm exited Saturday morning and winds subsided by Saturday afternoon, however tides continued to run high and swells in the ocean rose as the wind shifted to the west. 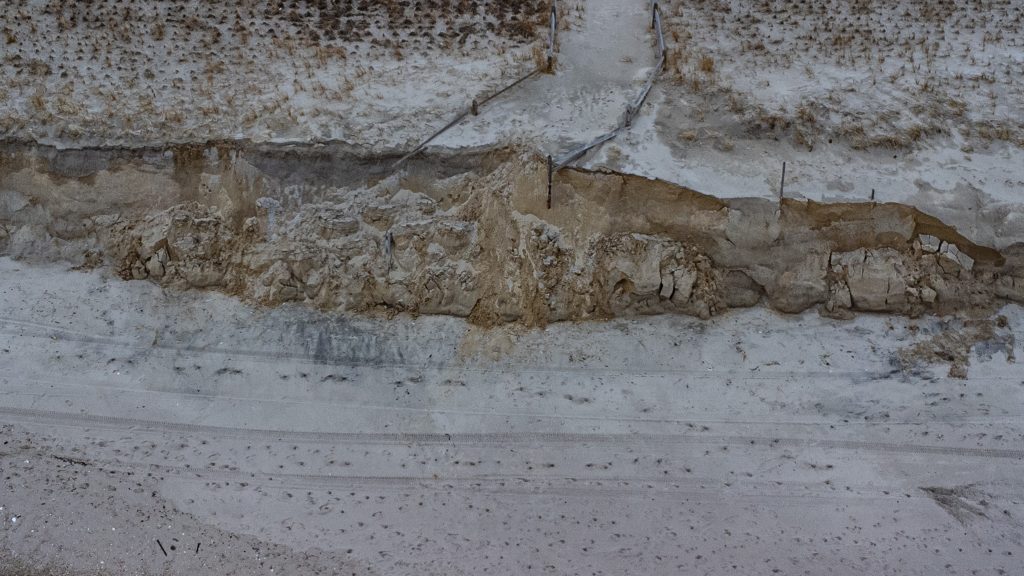 The primary ramifications of the storm, locally, were the exposed “cliffs” that had formed in Ortley Beach, centering on the area near Seventh Avenue and expanding several blocks in either direction. The cliffs measured between 15-20 feet in some areas, making beach access impossible, however other street-ends saw much less damage, and surf anglers returned to the beach by the end of the day along with joggers and a few surfers.


Mobi-Mats were tattered on some streets, fencing was damaged and heavy equipment will be necessary to restore public access. Officials have yet to determine a response, however many entrance points remain closed. The U.S. Army Corps of Engineers is expected to re-engineer the beachfront in Ortley Beach based on the record of erosion experienced since the major replenishment efforts about five years ago, but while the area has been subject to damage along the beach berm, the protective dune has largely avoided being impacted in any major way – and waves did not come anywhere close to breaching dunes or reducing the overall utility of the dune system. 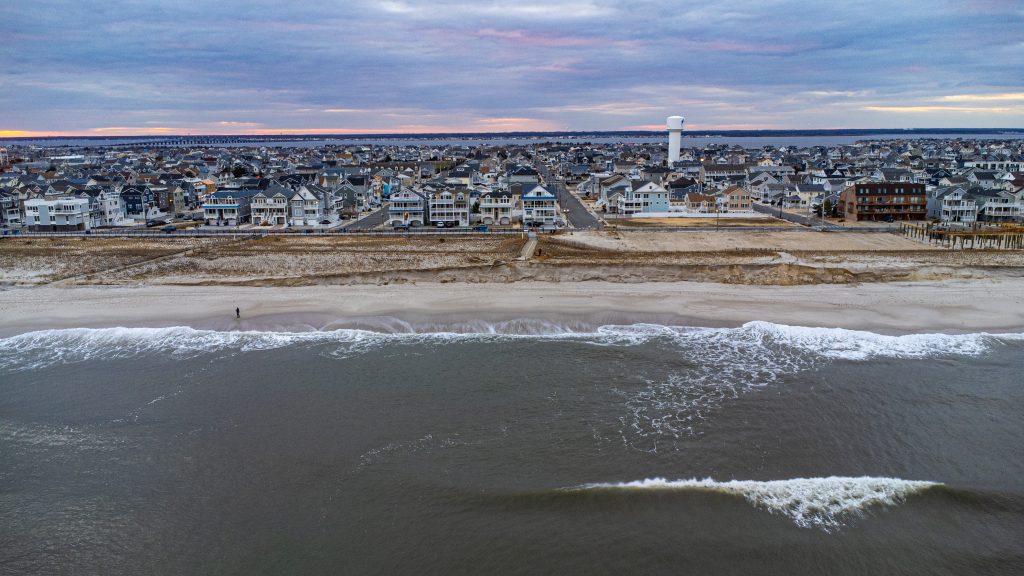 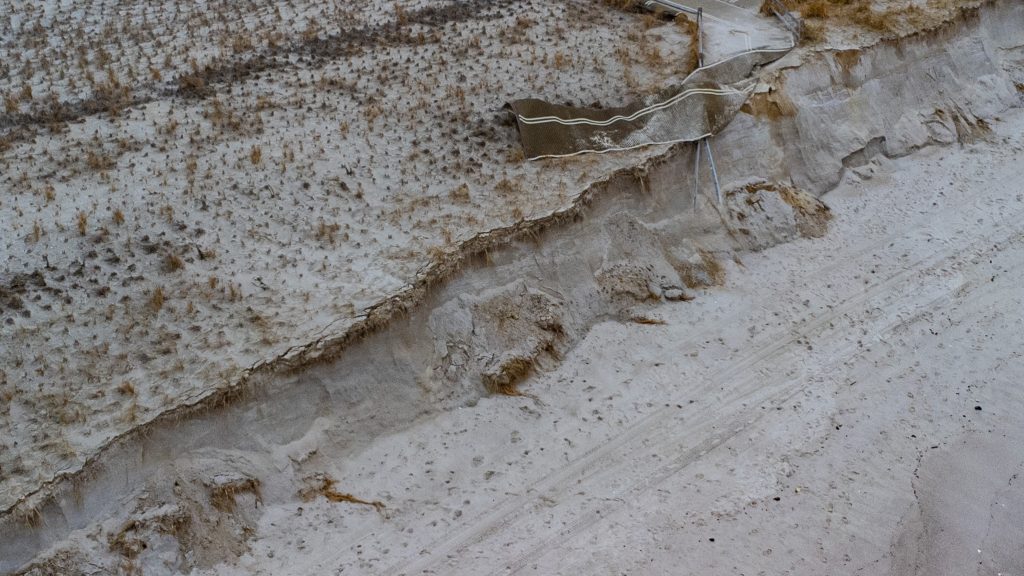 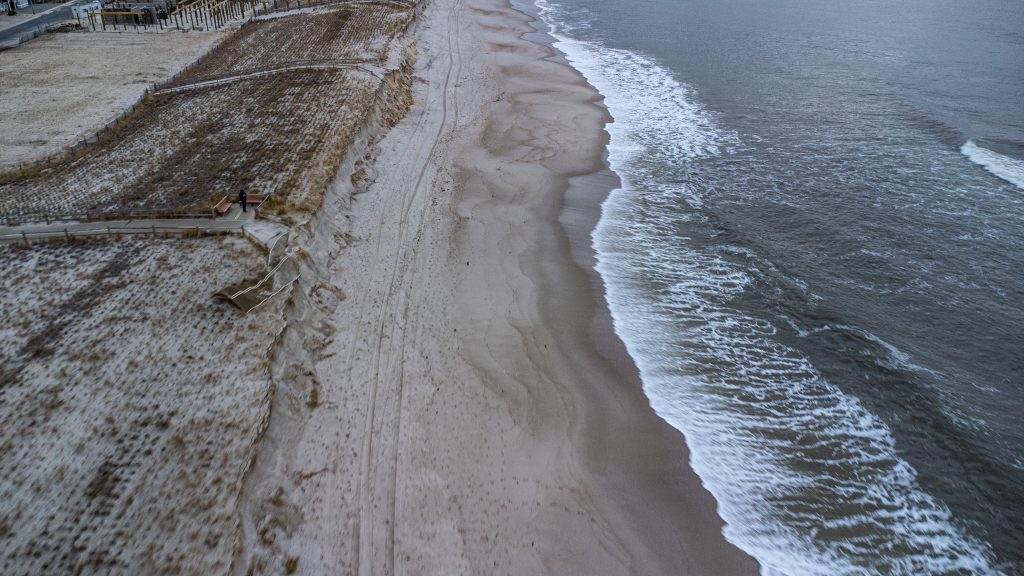 With fair weather expected over the course of the next few days, a small craft advisory was lifted by the National Weather Service on Saturday night, but may return as wind speeds waiver up and down.

“Winds and seas will continue to diminish overnight,” an NWS marine statement said, referring to the period of time between Saturday and Sunday morning.

Seas were expected to run 2-4 feet for the next several days. 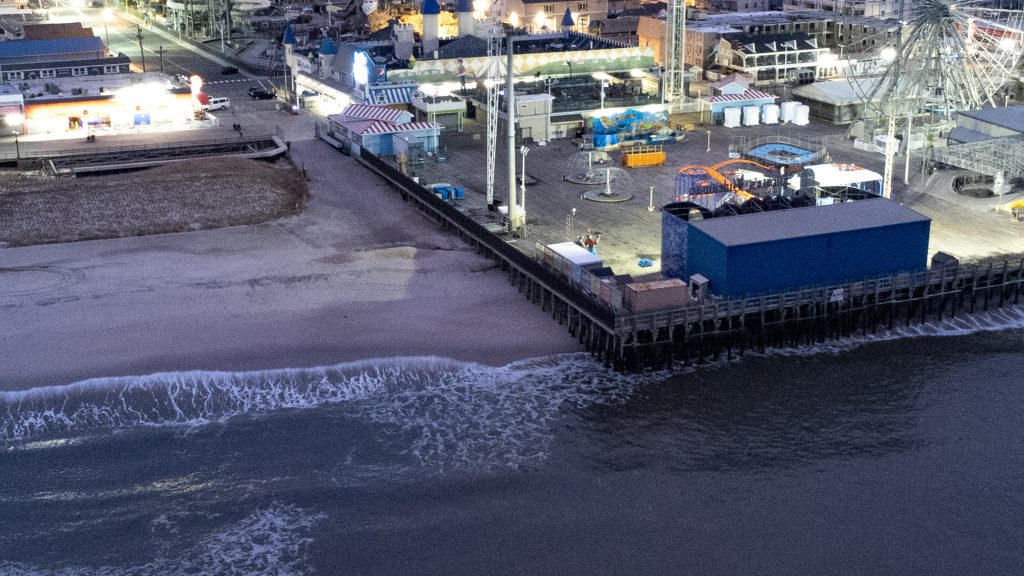 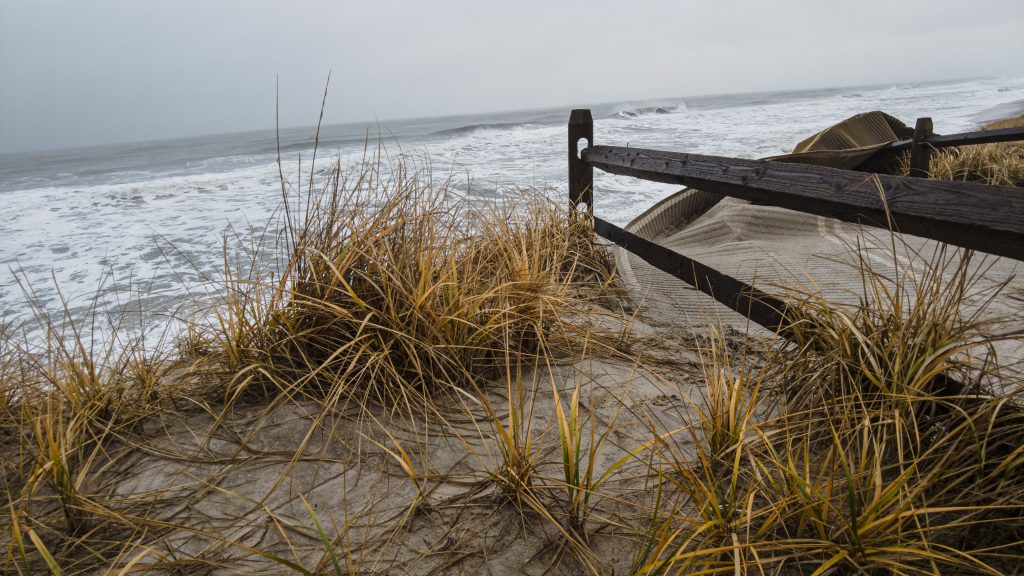 On land, Sunday is forecast by the NWS to be partly sunny, with a high near 41 and a west wind 10 to 15 m.p.h. Monday will bring sunny skies with a high near 40, but it will be breezy, with a northwest wind 15 to 20 m.p.h., with gusts as high as 30 m.p.h. Small craft advisories are expected to return Sunday night or Monday.