This Strange, Cute Fish Is Showing Up in Barnegat Bay, And That’s Good News 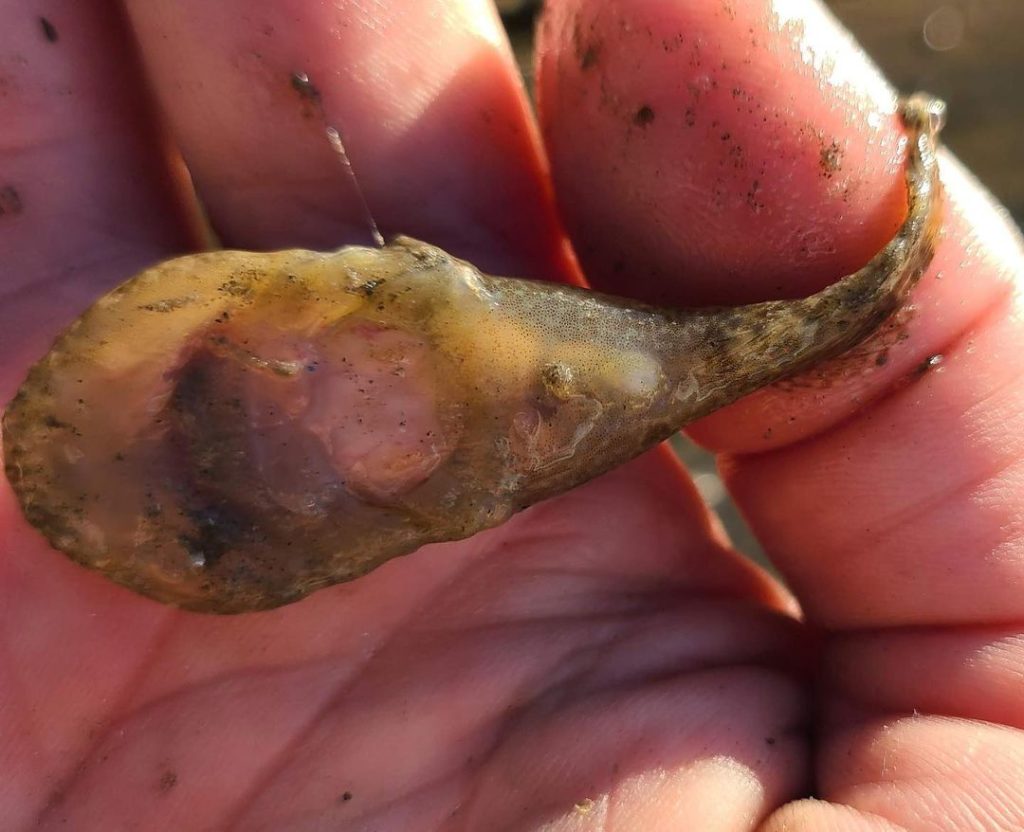 Observers of Barnegat Bay wildlife have been spotting an unusual-looking marine species in greater numbers recently, and a local advocacy group said that means good news for the health of the waterway.

ReClam the Bay, whose members are dedicated to growing Barnegat Bay’s shellfish population, said this week via social media that its members have been spotting a species common known as the “skilletfish” with much greater frequency as of late. The group posted photos taken by member Linda Peters, who said she counted 18 of the small fish in a single cage one day in October.

The skilletfish takes its name from its shape – it looks like a cooking skillet – but is known scientifically as Gobiesox strumosus. They are sometimes confused with the toadfish, which looks similar, but does not carry some of the same physical features. It is found in a diverse array of areas, usually in either tropical or temperate climates, and its most unique feature is a powerful sucking disk located on its underside. The species is not endangered or threatened in any way, but isn’t one of the most common creatures found in local waters. 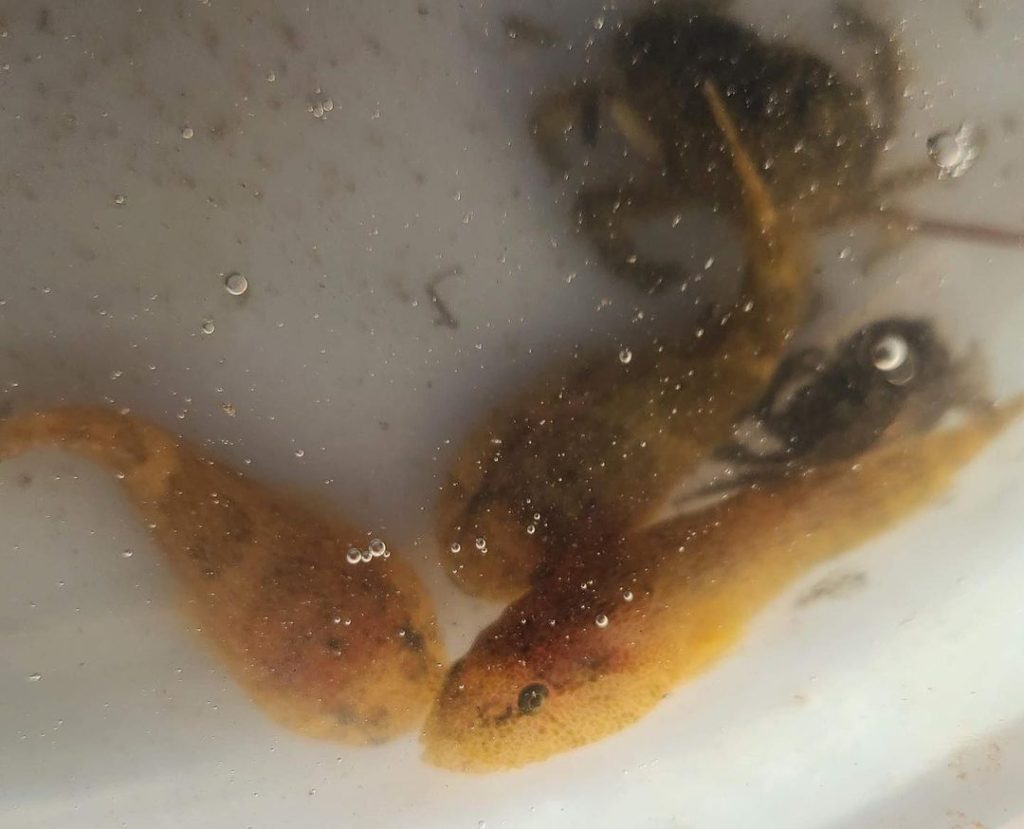 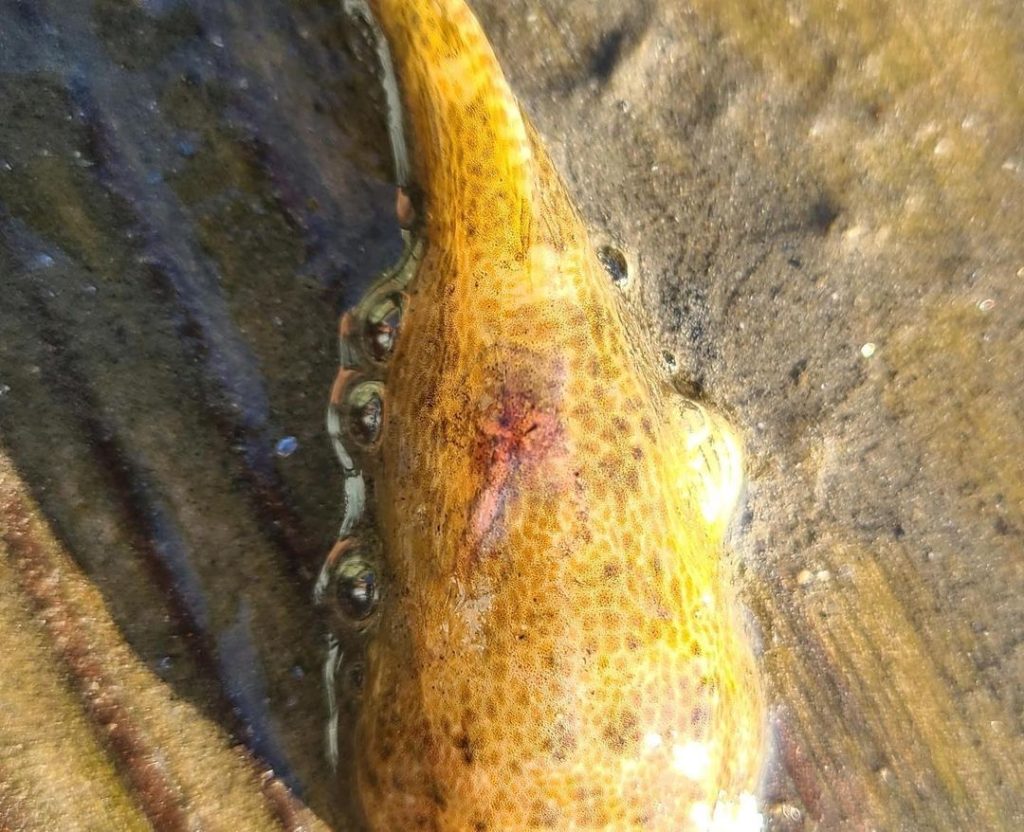 “The skilletfish is also commonly called the oyster clingfish because of its tendency to latch onto particularly empty oyster shells,” Peters was quoted as writing.

The skilletfish’s tendency to be found where there are health oyster populations are a good sign for Barnegat Bay, where groups like ReClam the Bay as well as a number of private oyster-farming concerns have been trying to bulk up the population for years. In addition to their contributions to the marine economy, shellfish such as oysters are natural filters for the water, self-cleaning their environment.

“What excited me the most is that the skilletfish is suspected to be a signal that the oyster population is increasing in the area, as this is its favorite habitat,” wrote Peters. “This suspicion is music to my ears!”

The species is tiny, only growing to about 3-inches in length. Some even say it’s a “cute” species, with its oversized head bespeckled with two curious-looking eyes. Skilletfish remain in shallow waters during the summer months, almost always found clinging to rocks or shells. It teeth are powerful despite its tiny size, as is its suction mechanism. Historically, New Jersey represents the species’ widely-recognized northernmost location, with a range stretching as far south as Brazil. But it is notably absent in certain areas, such as The Bahamas. Skilletfish also make their homes on the Pacific coast of Mexico.

Skilletfish even have something of a personality, according to the Chesapeake Bay Partnership. Females lay several hundred eggs in empty shells between April and August, the males then guard the shells until they hatch.

According to the Billion Oyster Project, “Scientists have found that skilletfish discs are even more powerful than human-made suction cups. That’s because the discs are covered in tiny hairs that help the fish stick to rough and uneven surfaces – apparently even the surface of the water.”

Skilletfish feed on worms and small crustaceans. While they are too small to eat, they are occasionally kept in aquariums, but thrive in the wild – preferably, somewhere with plenty of healthy oysters nearby.