Toms River police were able to nab two suspects in the theft of a catalytic converter following a call from a resident late Wednesday night.

Officers were called to Dugan Lane at about 10:55 p.m. for a reported suspicious vehicle and theft in progress, said police spokeswoman Jillian Messina. The caller stated that the catalytic converter to his SUV had just been cut and the suspect vehicle, a large white box truck with a loading ramp on the tailgate, was last seen fleeing the scene, heading towards Lakewood.

Numerous patrol units in the area quickly located the box truck and conducted a motor vehicle stop at New Hampshire Avenue and Church Road, Messina said. A search warrant was approved and the subsequent search of the vehicle yielded two recently-cut catalytic converters, a sawzall, multiple sawzall blades, a handgun with a 30 round magazine and hollow point ammunition. 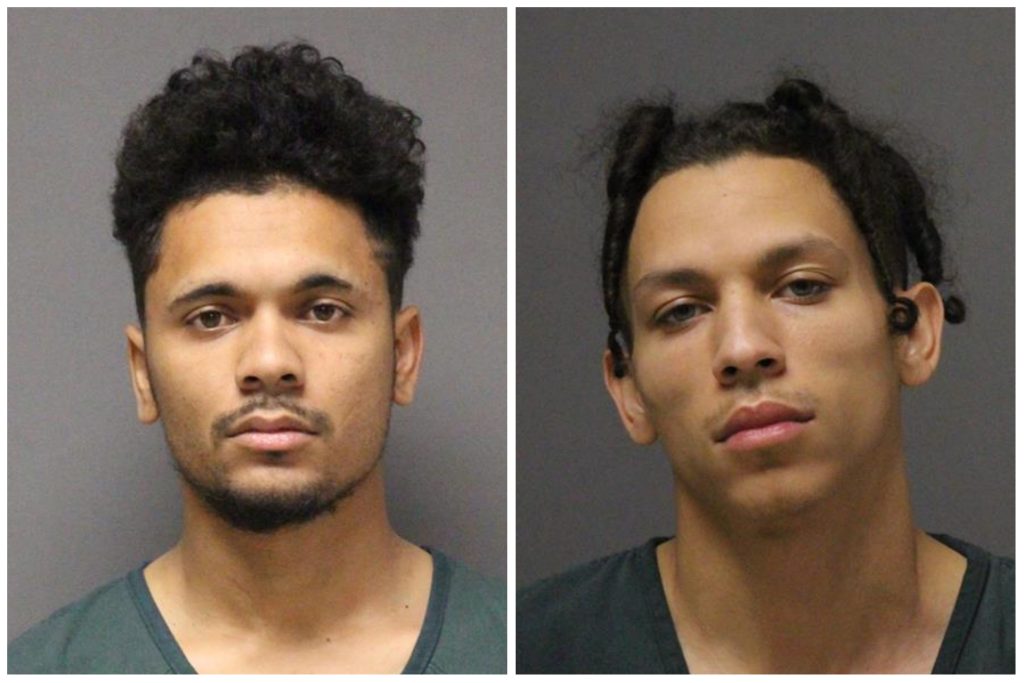 The two occupants of the truck, Ravene Johns, 25, and Malik Williams, 21, both of Brooklyn Park, Minnesota, were arrested and charged with criminal mischief, receiving stolen property, weapons offenses, criminal attempt, and theft of property. Additional charges are pending.

Both men remain in custody at the Ocean County Jail pending a hearing. The incident is under investigation by Detective Joseph Mastronardy.