The Toms River Township council on Wednesday night approved a financial agreement that will allow a federal beach renourishment project to get underway, expected to begin next year after bids are sought and a contract awarded.

Ocean County has agreed to fund half of the cost for beach renourishment in nine municipalities, including Toms River, after appeals from local officials to the state were turned down. Toms River’s local share for replenishment, approximately $1.95 million, was the largest of any municipality in the county. That bill will now be pared down to $975,000, reflecting the county’s pledge of financial assistance. 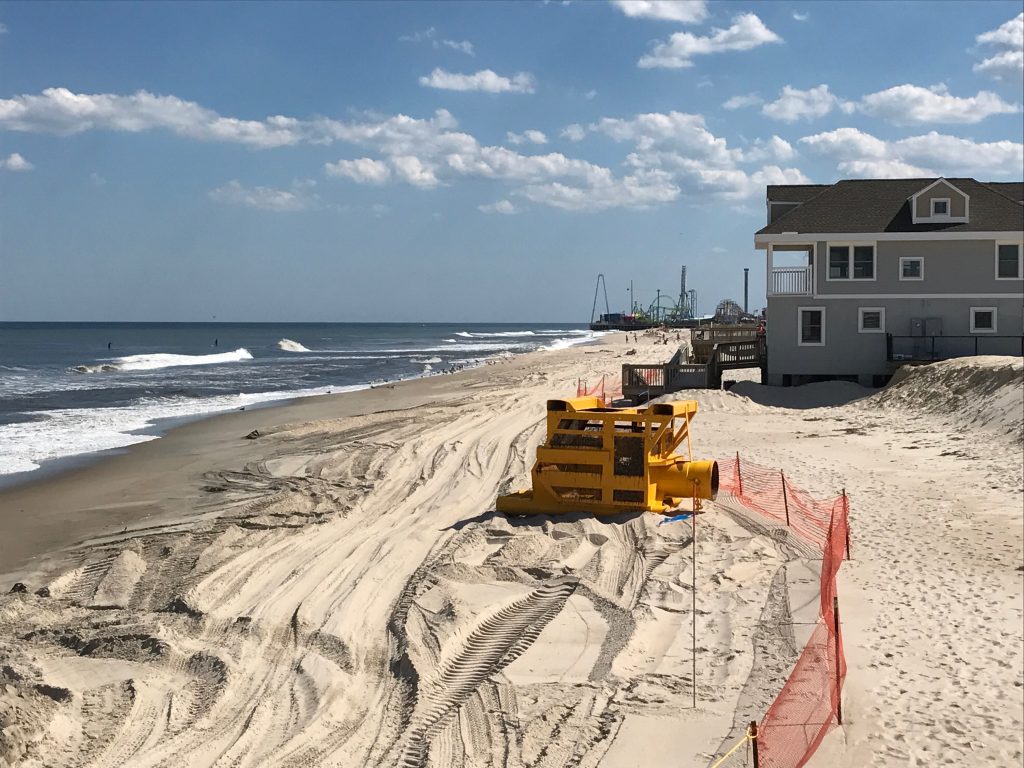 The project is expected to cost about $60 million – roughly half of the $128 million an initial replenishment project cost that spanned several years after Superstorm Sandy struck in 2012. The initial project was completely funded by the federal government. The 2023 renourishment project, which has yet to be placed out to bid, includes modifications to the engineering plan for Toms River beaches that take into account severe damage caused by storms in Ortley Beach.

While the dunes in Ortley Beach held firm since the first replenishment project, the beach berm – the portion of the beach on which sunbathers set up their chairs – degraded significantly, costing the township hundreds of thousands of dollars each time sand had to be trucked in following storms that also warped entrances and took down fencing. The new project will incorporate evolved designs and additional sand to widen beaches in order to prevent such erosion from occurring in the future.