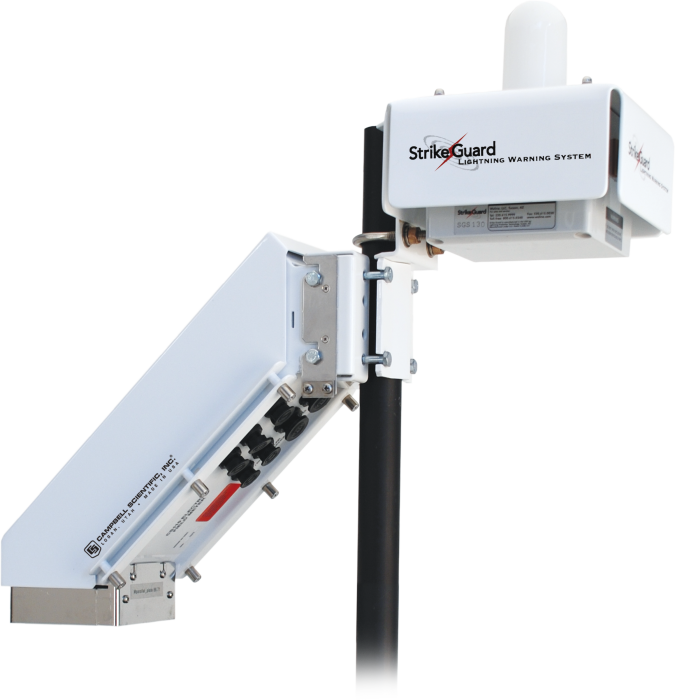 Ortley Beach will become the latest area to come under the protection of a fixed lightning detection system that will allow the beach patrol to detect strikes from 20 miles out and act early to protect swimmers and beachgoers.

The Toms River Township council approved the $31,320 purchase of two detection arrays from Turf Equipment & Supply Company, of West Chester, Pa. With the purchase, Toms River will join Brick Township, which recently announced that it would install two systems, as well, at the two ends of its portion of the barrier island.

Toms River chose a different system than Brick – specifically, the Strike Guard system, an optical-coincidence lightning sensor that detects actual lightning strikes from up to 20 miles away. The detection system, known as an electric field meter, will be linked to a siren that will sound when lightning strikes are detected close to the beach area, audibly alerting both lifeguards and the public that storm activity is nearby. The two systems will be installed at Ortley Beach’s two lifeguard stations, Lord House and Block House, with sirens pointing in each direction. 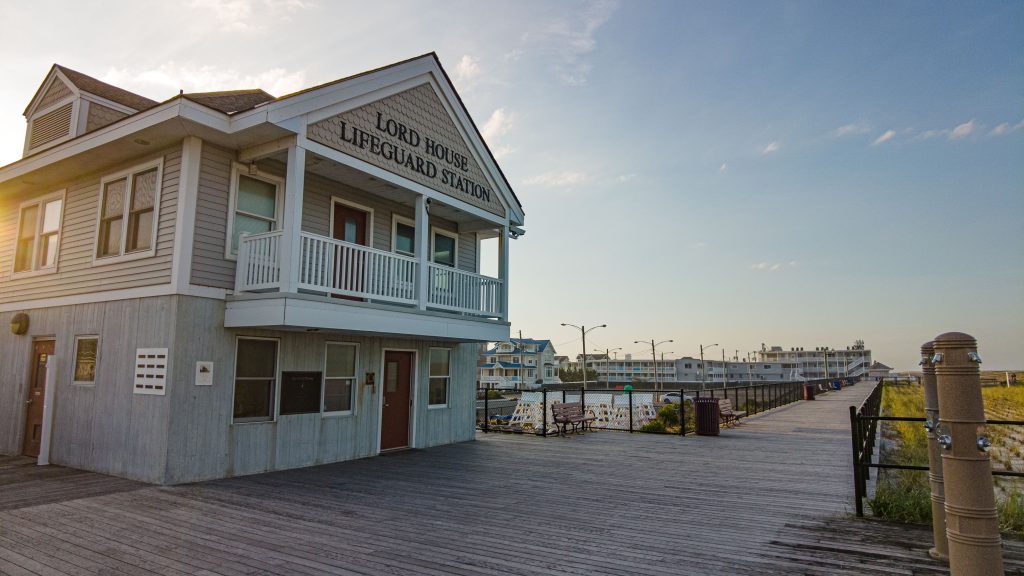 “Last year we suffered a loss in South Seaside Park of a Toms River resident, Keith Pinto, who worked as a lifeguard,” said Mayor Maurice “Mo” Hill. “Everyone who’s ever worked as a lifeguard knows that the most dangerous thing out there can be lightning, because it can come up at a moment’s notice.”

In Toms River, officials said, lifeguard stands are made out of wood, not metal, as some had surmised on the internet.

While some systems utilize internet-based radar imagery to predict when lightning may occur, the Strike Guard system physically monitors the skies using a self-contained array. According to its manufacturer, Strike Guard differentiates lightning strikes between three categories:

To prevent false alarms, the system requires an optical signal to coincide with a magnetic-field-change signal before reporting lightning. Data from the two sensors can be used to control warning systems and to help personnel make evacuation and shutdown decisions.

“They are loud enough to cover the entire beach, and I think it’s important that we safeguard our residents,” said Hill.

Each siren covers approximately 2,000 feet, Hill said, emphasizing the same point as officials in other communities: it’s difficult to convince people to move off the beach if the sky still appears sunny, but an audible alarm from a detection system should help officials in closing the beach until the storm passes. 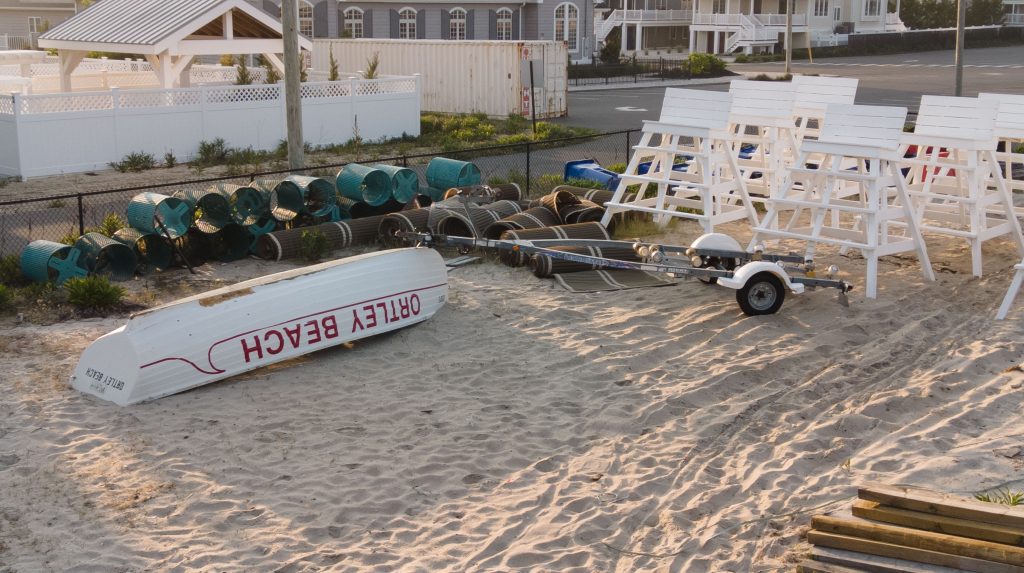 One resident asked the township for their assistance with expanding to system to cover private beaches in northern portion of the island.

Eileen Barron, of Ocean Beach II, said guards in her community have dealt with the same issues as those in surrounding neighborhoods.

“When it’s 85 degrees and sunny and you’re an 18-year-old lifeguard telling people to leave the beach, they’re not going to do it,” she said. “It’s important that all beaches are consistent and doing the same thing. We’re not jumping on a bandwagon because Brick is getting it and Ortley is getting it.”

Township Administrator Lou Amoruso said there are complications when it comes to spending taxpayer dollars to deploy a system on beaches that are not open to the public, but there may be a possibility of placing a detection system and siren at the Ocean Beach Fire Company property with the consent of the fire company and the fire district.

“If Fire District 1 would agree to it, and Ocean Beach agrees to it, we can move forward with it,” said Amoruso, noting that the fire company was approved to receive federal funds under a multi billion-dollar infrastructure bill passed by Congress last year.