Monmouth County in Tropical Storm Warning, Ocean Escapes: What to Expect From Henri 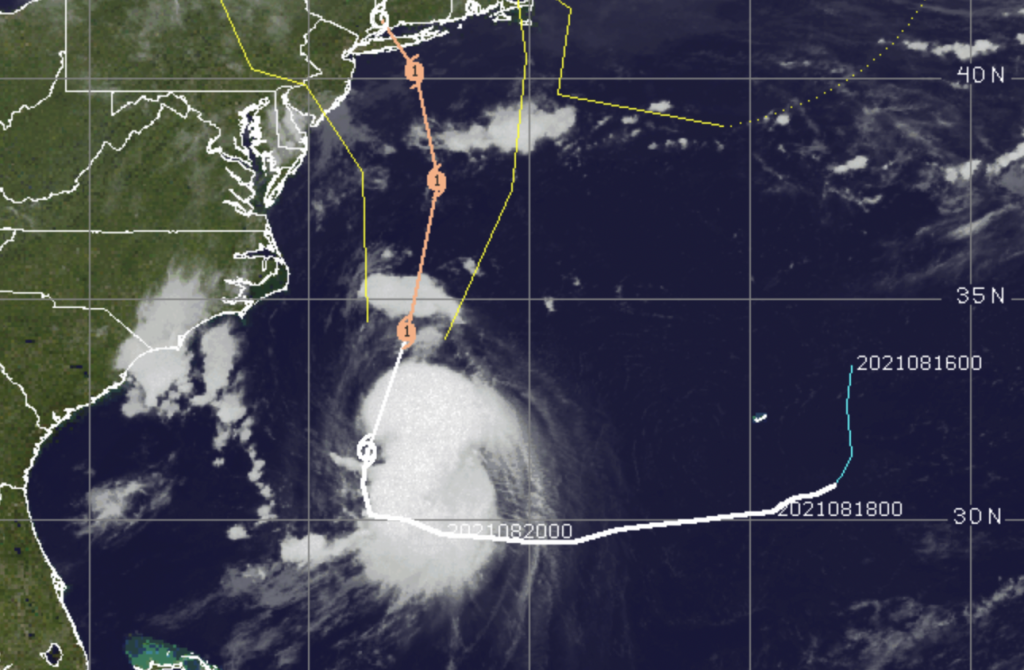 Jersey Shore residents were closely monitoring Tropical Storm Henri Saturday morning, amidst the issuance of hurricane and tropical storm warnings in the region. 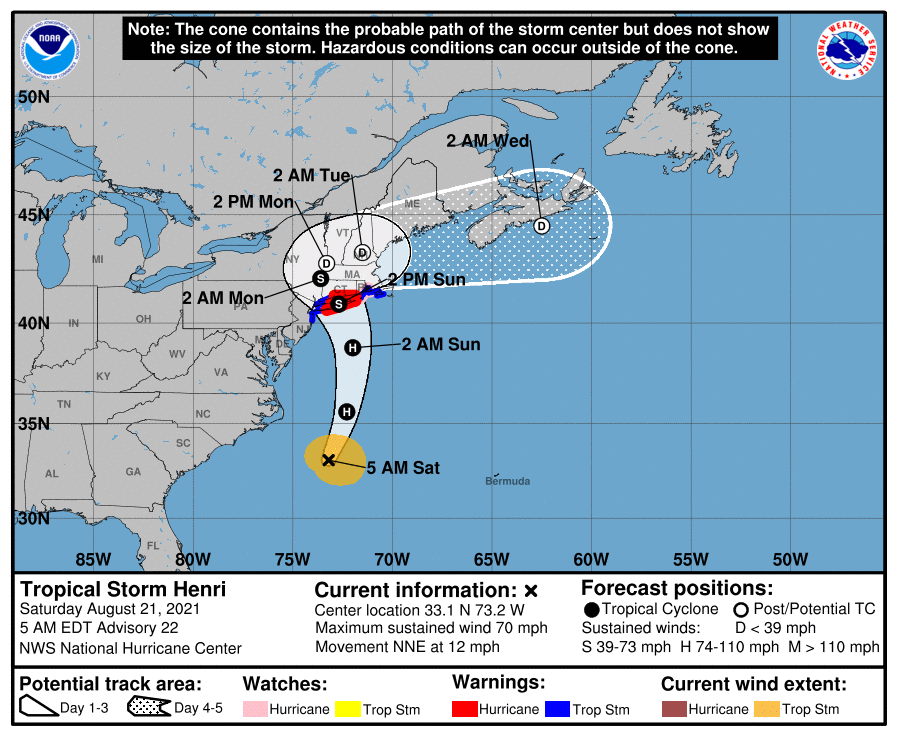 From the National Hurricane Center 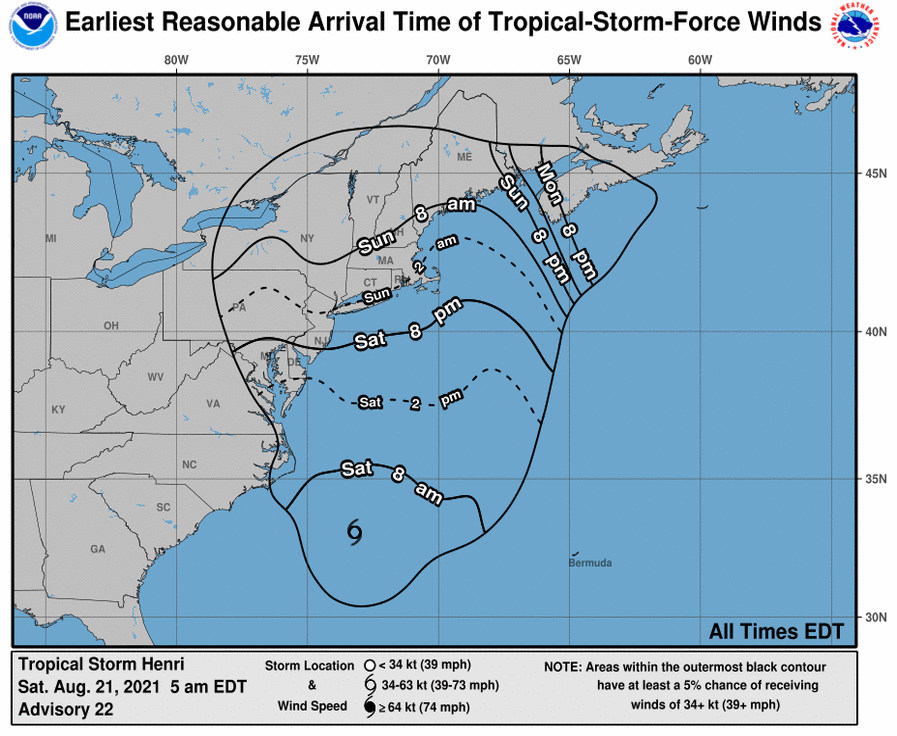 From the National Hurricane Center

Locally, Ocean County just escaped the warning zone. Tropical storm warnings have been posted from Manasquan Inlet north to New York City. Hurricane warnings have been issued through much of Long Island and Connecticut. Henri, according to a track published in the 5 a.m. update from the National Hurricane Center, will stay farther away from the New Jersey coast than forecast Friday but will eventually make a sudden northwest arc toward the center of Long Island’s south shore, hitting it directly before moving due north.

Henri is forecast to be off the New Jersey coast between 2 a.m. and 2 p.m. Sunday, though it will be a significant distance away. It is forecast to strike Long Island after 2 p.m.

The local impacts, especially in Ocean County, are not totally clear. While the National Weather Service acknowledges a storm will impact the southern New Jersey shore, the forecast varies greatly between Monmouth County, located in the warning area, and Ocean County, which is located outside of it.

“The main threat with this system is heavy rain leading to flooding and flash flooding across much of the region,” the statement said. “Tropical storm force winds are possible in portions of East Central New Jersey. With a full moon this weekend, minor coastal flooding is also expected, primarily with the high tide this evening along the New Jersey Coast. Minor coastal flooding may linger with the Sunday evening high tide.”

On the water, dangerous marine conditions will develop along with strong winds, rough seas, and dangerous rip currents. Seas will build to six to ten feet in the ocean and the bay conditions will also be rough. Tropical storm force winds are sustained at a minimum of 39 m.p.h. and a maximum of 73 m.p.h. It is expected that Ocean County will not reach full tropical storm force status, though conditions may be similar given its proximity to the warning zone.

No storm surge impact is predicted, though there may be minor back bay flooding. No tornadoes are expected to form in the local area. Rip currents will last through “at least Sunday,” the statement said.