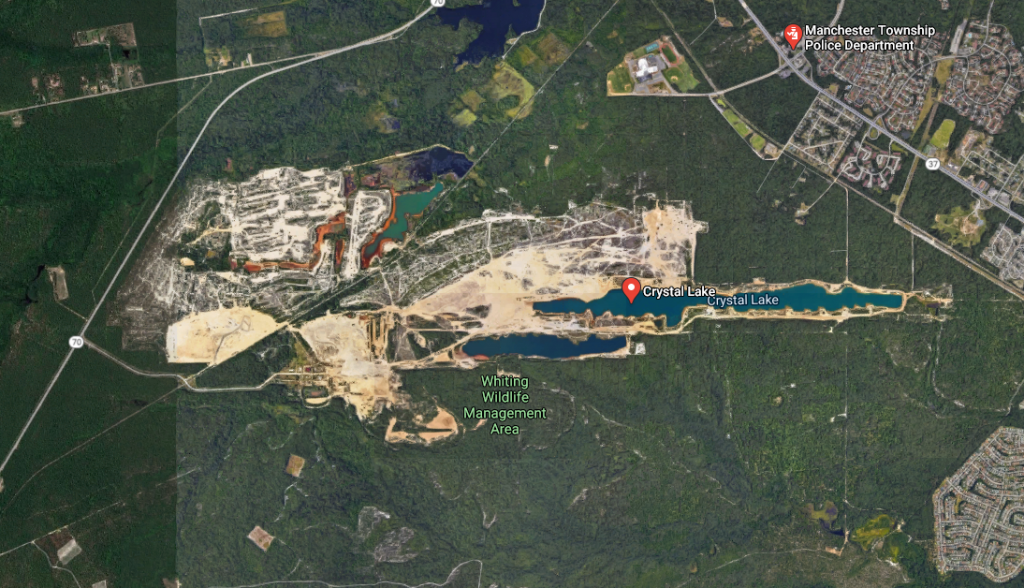 A local man died after his all-terrain vehicle became submerged in the crystal lake inside the former Heritage Minerals (ASARCO) mining area off Route 70 in the Whiting section of Manchester, police said.

Manchester police officers were called to the Heritage Minerals property at about 8:30 p.m. Saturday night, according to a statement from the Ocean County Prosecutor’s Office. Responding officers spoke to a group of people who were driving Utility Terrain Vehicles (UTVs) in the area who said one had entered the lake at the center of the property, causing the driver and the passengers to become submerged.

The UTV and one of the passengers, 62-year-old James Grover, of Howell, did not resurface. The other passengers and members of the group attempted to locate Grover but were unsuccessful, the statement said. Manchester Township Police and members of the Manchester, Ridgeway and Whiting Volunteer Fire Companies conducted an underwater dive search and rescue operation and located the UTV overturned and submerged in 25 feet of water. Grover was found attached to the UTV by his safety harness.


Rescuers removed Grover from the harness and life saving measures were performed by Manchester Township EMTs and Robert Wood Johnson paramedics, however Grover succumbed to his injuries – a suspected drowning – and was pronounced dead at the scene.

Billhimer said there was an ongoing investigation into the incident underway.

It is illegal to access the Heritage site, where sand, gravel and titanium are mined, and its frigid crystal lake is considered extremely dangerous, even in the summer. The high mineral content of the water reduces buoyancy and is notorious for posing a potentially deadly challenge for those who enter.