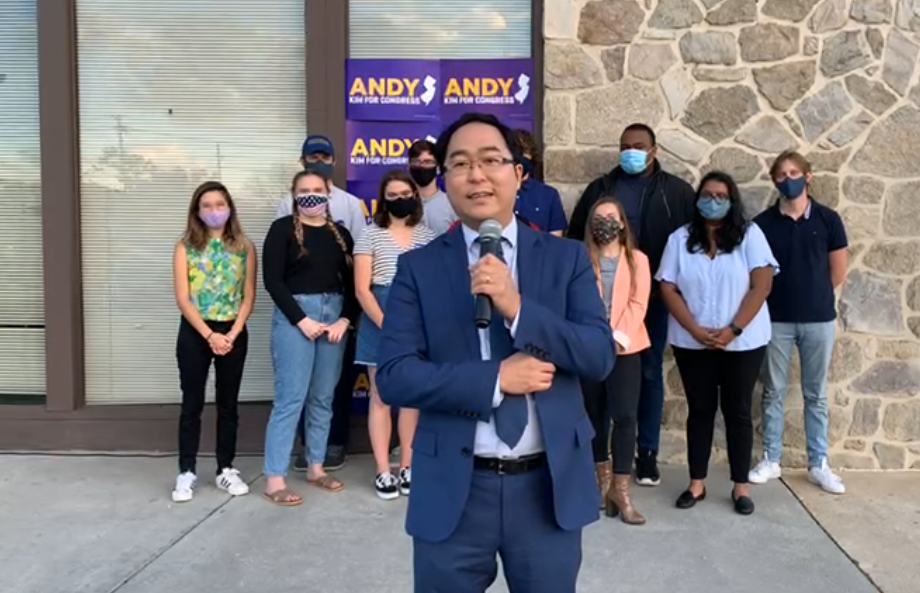 U.S. Rep. Andy Kim declared victory in his race to retain one of the nation’s most hard-fought congressional battles, securing another two years in office and reaching a stunning milestone: Kim is the first Democrat since the Civil War to be elected to a second term representing New Jersey’s third congressional district.

Kim celebrated victory at his campaign office in Burlington County, holding a press conference just after 4 p.m. that was streamed via social media. He was joined by campaign workers, supporters and his family, including his parents.

“What we’ve put together here has been extraordinary,” said Kim. “This moment is one I am incredibly proud of.”


Kim, a popular incumbent, faced a challenge from Republican David Richter, who entered the race after Rep. Jeff Van Drew (R-2) switched parties to become a Republican. Richter was initially planning to run against Van Drew and does not reside in the third district, an issue which some voters could not overcome. Numerous political action committees also attacked Richter’s business record in a slew of television advertisements, making the race an uphill battle despite half the district being located in heavily Republican-leaning Ocean County.

“Now, the question is: what do we do with this?” Kim asked. “We’ve shown that the election of 2018 wasn’t a fluke … but you’ve heard me say before that Election Day isn’t the finish line, it’s the starting line.”

“It’s not just about better policies, but better politics,” Kim said. “We need to find a real way to be able to heal our country. No one came out from this election thinking, ‘everything is going to be okay.’”

“While there remain many votes still to be counted in the race for the third district seat, it is highly unlikely that our current vote deficit can be overcome,” Richter said. “So earlier today, I called Congressman Kim and congratulated him on his re-election victory.”

Results in the Ocean County portion of the third district were much narrower than expected, with Richter besting Kim by 26,380 votes. In Burlington County, a Democrat stronghold, Kim led Richter by 58,227 votes.