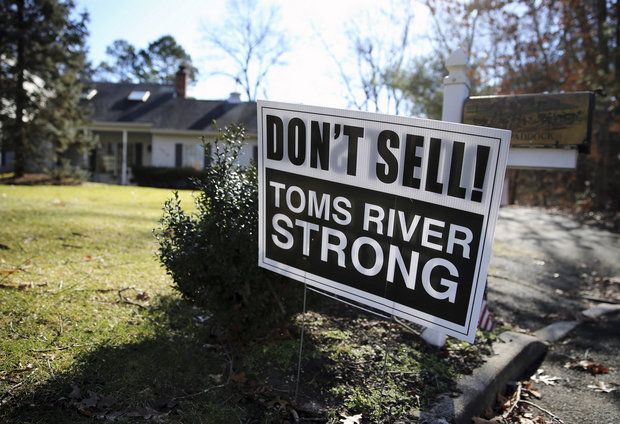 The federal government said it will sue Toms River by Sept. 29 if the township does not enter into pre-litigation negotiations over what it calls zoning regulations that “substantially burden religious exercise.”

The letter, signed by U.S. Attorney Craig Carpenito and several colleagues, including those from the Civil Rights Division in Washington, calls Toms River’s ordinance requiring religious facilities to have at least 7 acres of space noncompliant with the controversial Religious Land Use and Institutionalized Persons Act (RLUIPA), which effectively declares any religious uses as beneficial to a community. The letter also specifically addressed the township’s growing Orthdox Jewish community, saying that any negotiations must “address the religious views of Orthdox Jews.”

The threat of litigation with the federal government, which officials said has cost other municipalities across the country millions of dollars to settle – often with a poor outcome for the defendant – prompted the township council on Tuesday night to agree to enter negotiations with the Department of Justice. The council voted 6-1 to negotiate, with Councilman Dan Rodrick casting the lone dissenting vote.


The township will be represented in the negotiations by attorney Marci Hamilton. The letter stated that Toms River will need to employ “significant” changes to its zoning ordinance, including a formal revision, a consent to provide relief to ensure federal law is followed, religious land use training for employees as well as additional record-keeping. The new zoning ordinances will be required to take into account Orthodox Jewish practices, such as the requirement for adherents to walk, rather than drive, to religious services on the Sabbath.

Toms River’s zoning laws have been the focus of controversy for several years. With Lakewood’s Orthodox Jewish construction boom leading to less space and rising prices just over the border, Toms River has become an attractive destination for growing families. But local residents have expressed staunch opposition to dense, multi-family developments similar to those built in Lakewood that have created environmental boondoggles and daily traffic troubles. There have also been allegations of “block busting,” in which non-Orthodox residents were allegedly pressured to sell their homes, leading the township to implement strict rules on canvassing by real estate agents. There are also concerns over residential homes being used for religious education and services.

The controversy centers on the requirement for religious properties to have a minimum of 7 acres of land to comply with the zoning ordinance. Last year, officials assured residents that a purported plan to reduce the requirement to two acres would not be codified into law. That is what prompted Rodrick to vote against entering negotiations, but a majority of council members said taking on the federal government in court would be a losing battle that could cost between $8 million to $10 million.

“It’s important to enter into negotiations so we can have our voices heard,” said Councilwoman Laurie Huryk. “This still gives us the opportunity to determine how Toms River is zoned.”

Several council members feared that the township’s entire zoning ordinance could be re-written by a judge, or the power to amend ordinances could be taken out of the hands of the local government.

Negotiating “gives us a seat at the table,” said Council President Maria Maruca. “Once it goes to litigation, our land use laws will be litigated from the bench. The cost of that will hit every taxpayer in this municipality.”

Rodrick, however, said the township should not enter negotiations as long as a lawsuit has not been filed. He also said his colleagues lied when they promised not to amend the current zoning ordinance, with negotiations signaling their intent to acquiesce to the demands of the DOJ.

“He promised everyone in this community that he would uphold the rule,” said Rodrick of Mayor Maurice “Mo” Hill, who was running for his seat last fall. “This is basically an admission that we’re going to reduce the acreage requirement. The mayor has lied.”

Rodrick drew a strong rebuke from the council, including a resolution censuring him. Shorebeat will cover the censure in a separate article.

Huryk specifically said the reduction of requiring two acres instead of seven for religious uses was never something that was planned to be implemented.

“There was no conspiracy,” she said. “There was no machinations about secretly changing things. There was a proposal that was being brought to the land use committee that was being discussed. It was an idea, and now there is an impending federal suit. It’s not Mayor Hill’s plan. Nobody wants to be sued by the federal government.”

The municipal government said in a prepared statement handed to reporters at the council meeting that Toms River “has made significant strides toward greater religious inclusivity and views this opportunity as a way of furthering those important interests for all residents.”