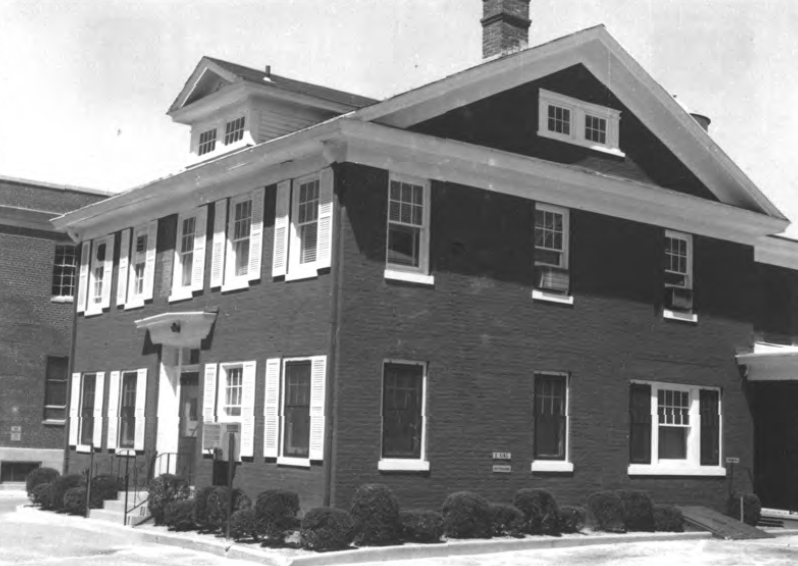 The Ocean County Sheriff’s residence, built in 1851, when it was in good condition. (Credit: National Parks Service)

The Ocean County freeholder board voted Wednesday night to award a contract to demolish for the historic building that once contained the elected county sheriff’s residence as well as the county’s first small jail.

The plan has been in the works for about six years, said Ocean County Administrator Carl Block. During that period, the vintage 1800s building has fallen into even more disrepair than when the initial decision was made to raze it. The building – which is located in the middle of the current jail and court complex – has been blocked off by fences for some time.

“It’s unsafe,” said Block. “The roof has been crumbling and it’s actually a hazard to go in it. There are animals living in it and there are vultures living in the attic – sometimes when you use the skywalk you can see them looking at you in the eye.”


The building is considered historic, meaning certain aspects of the building must be preserved, including bricks from its superstructure and any artifacts of historical significance located during the demolition plan. The county also had to hire a historic architect, go through numerous state inspections and write an interpretive statement in order to get a demolition permit.

According to documents from the National Parks Service, the building was constructed in 1851. The sheriff’s residence was located in the front section of the building with jail cells in the north wing that is attached to the house. The first floor included a dining room, parlor and kitchen, and three bedrooms were located on the second floor. The north wing had five cells on each floor, 9-by-5 feet each with cots in the middle. The building was converted into offices before it was abandoned due to safety issues and the fact that the modern Ocean County Justice Complex was built around it.

“If we could restore it, it would be a different story, but all four directions have things built around it,” said Block, adding that the bricks from the building structure will be saved for a future historical project that has yet to be determined.

“There may be a project in the future – a court house addition, something like that, where we use the bricks,” he said.

The cost of demolishing the building and deconstructing its historical aspects will be $221,000, according to a resolution unanimously approved by the board Wednesday. The contract was awarded to Tricon Enterprises of Keyport, Monmouth County, the lowest bidder.