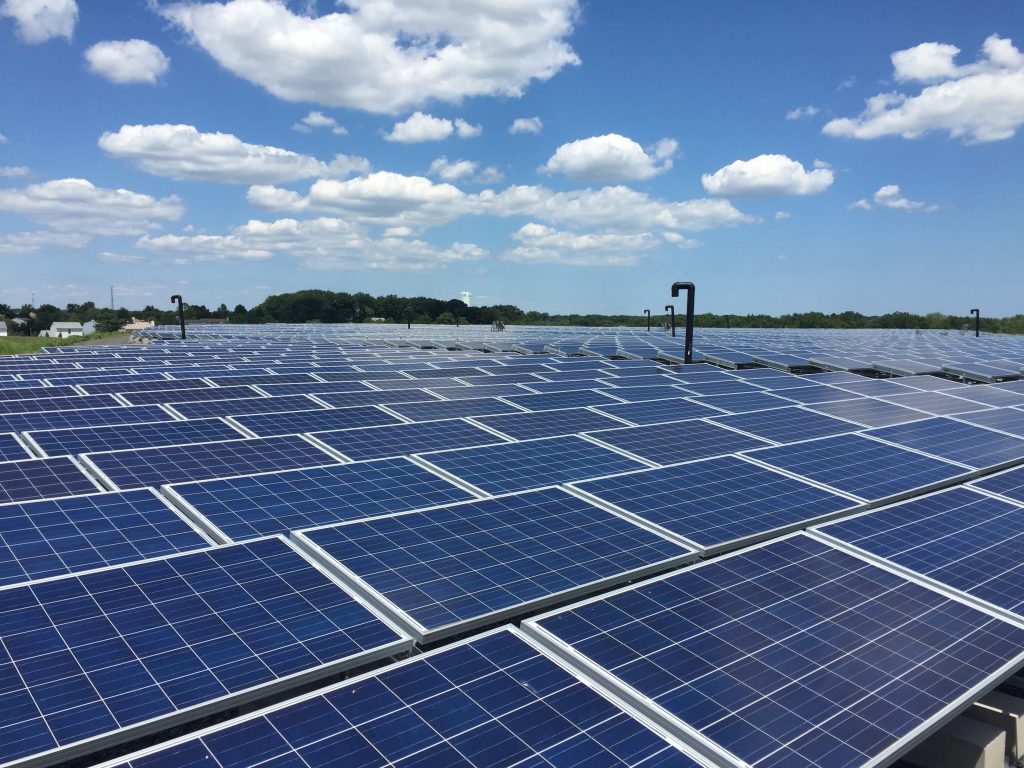 A developer has proposed building a 35-megawatt solar generating station at the former Ciba-Geigy property off Oak Ridge Boulevard in Toms River, which is now owned by multinational chemical producer BASF.

The solar field will be the subject of a hearing before the Toms River planning board Sept. 18. According to planning documents filed with the township, Toms River Merchant Solar, LLC is seeking approval to build an up-to 35 megawatt DC ground-mounted solar photovoltaic power generation facility, together with ancillary equipment including inverters, switch gears, electrical lines, and similar equipment on a portion of the former chemical plant’s 1,216 property. The solar field will take up a 117.68 acre portion of the parcel.

A public notice filed by the company stated that no development other than the solar field is being proposed.


As for the solar field itself, the site is proposed to include up to three separate solar array configurations: a 28 megawatt grid-supply array, a 2 megawatt net-metered array, and a 5 megawatt community solar array.

Although the Project has been designed to be fully-conforming with use and other zoning regulations and design standards, the notice said, the company may seek variances or waivers from certain requirements if the board finds they are necessary.

The developer of the project, Toms River Merchant Solar, LLC, is a holding company for EDF Renewable Energy, which applied for a permit from the state Department of Environmental Protection to proceed to local approval for the project.

Ciba-Geigy operated an industrial dye and resin plant at the site, which led to the contamination of groundwater there. Considered an environmental disaster, BASF – which inherited the site through a series of purchases and mergers – has said it may take more than 20 years before the groundwater is fully cleaned. About 10 billion gallons have been pumped and remediated thus far. A five-year status report last released in 2018 suggested deed restrictions being imposed upon the site to protect long-term public health concerns.

About 400 acres of the site are under full EPA restrictive control, prohibiting any development whatsoever in order to maintain the integrity of the cap on the contaminated areas as well as the wells that pump water to be cleaned. 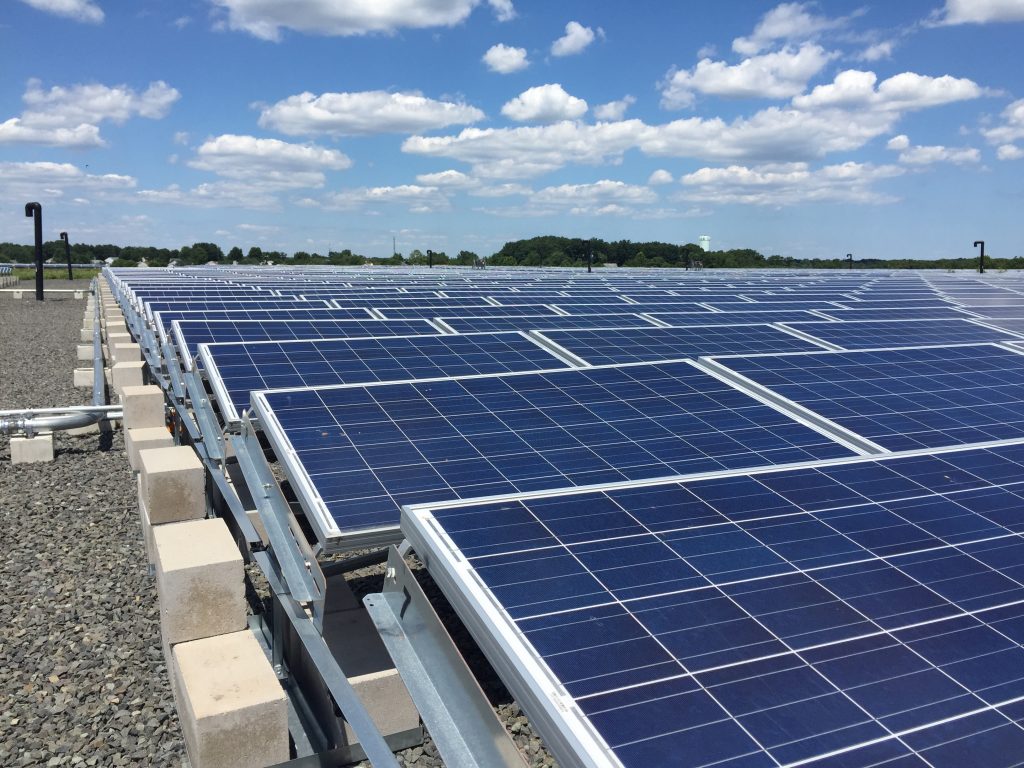 Developing a solar field on Superfund site is not unheard-of locally. In Brick, the township entered into an agreement with a developer to build an array at the former French’s Landfill on Sally Ike Road. The project later won an award from the EPA. The photos that appear with this story were taken from that site.

The planning board hearing on the proposal will be held Sept. 18, 2019 at 6 p.m. in the L. Manuel Hirshblond Meeting Room, Toms River Township Municipal Complex, 33 Washington Street, Toms River.