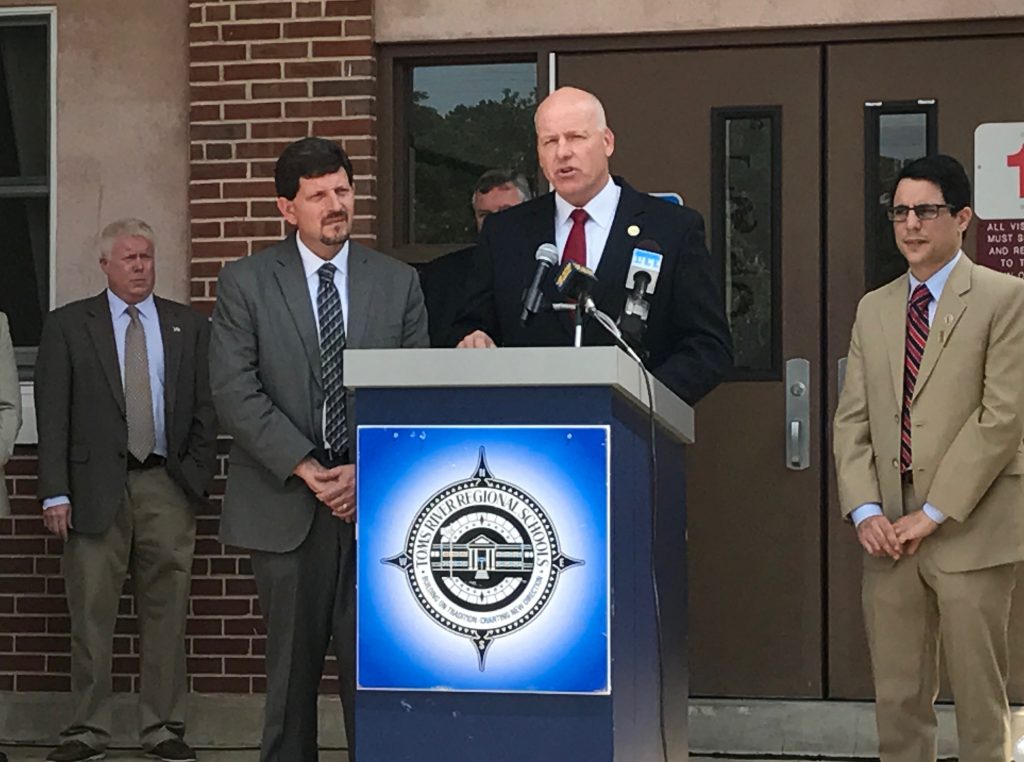 A large-scale, district-wide facilities improvement project could present voters with an important question come later this year: whether to borrow tens of millions of dollars – if not more  – to fund the plan.

Toms River Regional schools superintendent said at a series of meeting last week that the district would be looking to undertake a slew of projects that are still being designed and prioritized. Examples include new handicap-accessible playgrounds, replacing carpet with tile around the district for health and cleanliness, turf fields for sporting facilities. Items to be funded would also likely include the repair of parking lots and driveways, HVAC unit replacements across the district, door and window replacements, plus items such as science labs and other education-centric projects.

“We have carpet that, in some cases, has been here since the ‘70s,” Healy said, explaining the need for one aspect of the project. “We’re replacing it with tile, which really helps with dust, mold, all kinds of issues.”


Healy said he understands that some residents question spending significant amounts of money on athletics, but the turf field replacement “is not optional.”

“This is the culmination of years of work and a lot of thought,” he said, of the project.

On top of taxpayers’ minds will be the cost of the project. New Jersey’s beleaguered property taxpayers – especially in Ocean County – have often rejected referendums, with political observers inferring that residents are often quick to reject such measures because they are one of the few opportunities citizens have to directly vote on their tax bills.

But the project may be less of a burden than some might expect.

“These are pretty frightening numbers when you start talking about $100 million in work,” said Business Administrator Bill Doering. “It raises some eyebrows.”

Doering said he expects the state may contribute up to 40 percent of the funding if the referendum receives voters approval. For a hypothetical $100 million referendum with the state covering 30 percent (as a conservative estimate), the average tax increase would be about $96 per year for 20 years, the length of the bonds that would be utilized for the funding.

“I’m not saying that’s not a frightening number, I just want everyone to have an idea of the numbers and how they translate for our district,” Doering said.

The district is also expecting to pay off old bonds, decreasing the district’s overall debt service by $4.7 million per year through 2025.