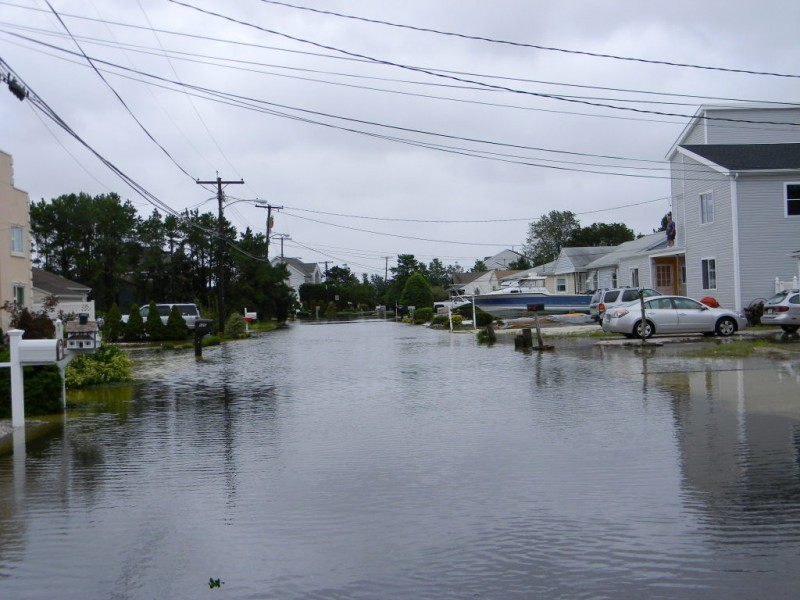 Several Silverton streets prone to flooding may start to see some relief after the township purges some silt from a nearby stream and pipe system, township officials said.

Township Engineer Rob Chankalian said a capital project the township approved should address a tide stream that sits in the area of Jeff Court, Shasta Lane, Pine Needle Drive and Brand Road, which has flooded after even minor rain storms.

He said the flooding there is not tidal and was found to be a result of the nearby stream bed that drains to the bay being clogged with silt over time. The township will clean out the system this year, looking at an early spring start.


“Starting at Jeff Court there is water backing up from that drainage system, down into Pine Needle Drive and Shasta Lane flooding, which all drains to a little stream bed that goes from Brand Road and out to the bay,” said the engineer. “The flooding has been there, as a result of it being silted up over a very long time.”

The silt deposits are so extensive they have actually buried the original drainage system, he added, and this has impacted much of the neighborhood.

“Some of the pipes are actually buried and the storm system can’t drain. We got a (state Department of Environmental Protection) permit to excavate the silt that is blocking the flow of the stream, so the nearby drainage system will be allowed to drain like it did back in the day,” Chankalian said.

The project should cost around $300,000, and he said the town is putting construction documents together now.

The regular flooding of some areas of Silverton has impacted the accessibility of the area, but one family has seen the conditions become dangerous for an area bus stop that was recently moved a block inland to address issues.

One parent told Toms River Shorebeat that, previously, children trying to use the Maine Street bus stop often could not, because the roadway is flooded, giving them no safe place to stand, or to safely walk home from the bus stop.

“For the past two years, they have always moved our stop up a block from 17th Street and Maine to 16th and Maine to avoid the flooding and the fact that there is nowhere for the kids to wait for the bus besides in the street,” she said. After contacting the school district at the beginning of this school year, it took until past late October to get a response after calling and emailing personnel.

“When it’s not flooded, it’s muddy and wet with debris all over the street from the flood,” she said. The bus stop has since been moved back to 16th and Maine.

Chankalian said another project that could mean relief for regularly flooding areas is the township’s road elevation program, where the streets most below sea level are raised to about five to seven inches above sea level, after discussing with the residents the impacts of construction and how driveway aprons might need to be realigned. So far, the road elevation program has addressed the worst roads on the barrier island that are below sea level, he said.