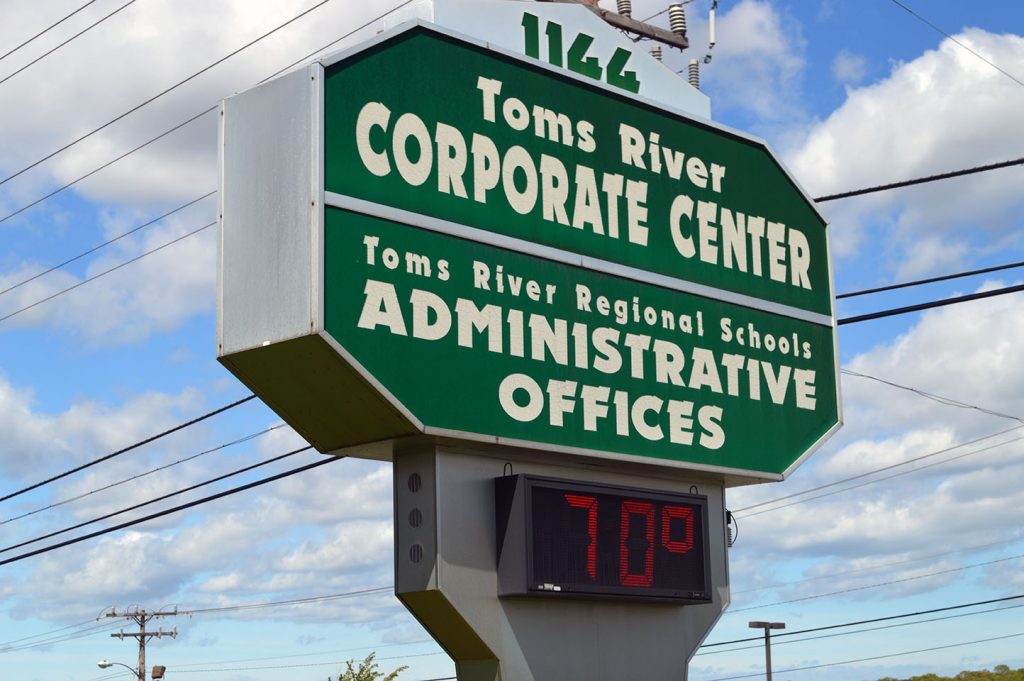 With only one of three incumbents seeking re-election, there would certainly be two new faces on Toms River Regional School Board once election results were in. Three of the Toms River seats on the nine-member board are up for grabs.

In the end, Ginny Rhine won a board seat after a two year absence, along with newcomers Michael Horgan and Michele Williams.

School Board President Ben Giovine ­and Vice President Loreen Torrone, who ran together as part of the “Clean Slate” ticket back in 2011, each successfully ran for two terms and decided not to run in this year’s race. Incumbent Robert Onofrietti, Jr., who ran alongside Giovine and Torrone in 2014, sought another term and ran on his own this year – unsuccessfully.


Rhine, who previously held a seat on the board for one term from 2012 to 2015, ran unsuccessfully in 2016’s election. She was on the slate called “Toms River First” with Teri Kubiel and Al Schwartz.

Kubiel is the wife of Brian Kubiel, who is a Toms River Councilman and administrator to the Toms River Fire District 1.

She also unsuccessfully ran for a school board seat in 2016. For this year’s race, the Toms River First slate received the endorsement of the teachers union, the Toms River Education Association.

Running as a slate called New Voices, Michele Williams, Michael Horgan and Stephen Kaczala were seen as a successor to the Clean Slate era, though each are newcomer candidates. Williams is the director of religious education at St. Justin’s, Kaczala is a union electrician, and Horgan is a budget analyst.