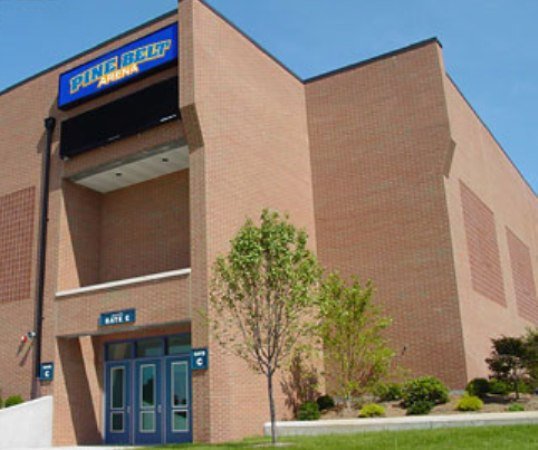 The Toms River Regional school district and Hackensack-Meridian Health are conducting final due diligence on a plan to rename the arena at Toms River High School North for the healthcare company, the culmination of a process that took over a year, officials said.

The arena, which currently is named for the Pine Belt chain of automotive dealerships, is planned to be renamed for Hackensack-Meridian when Pine Belt’s contract ends Sept. 1.

“In terms of the process, we advertised probably about a year ago a couple of times ourselves, trying to secure a sponsor, to no avail,” said Business Administrator William Doering.


After finding no takers following the campaign of newspaper advertisements and trade publications, the district turned to its promotions contractor, Fox 1 Group.

Hackensack-Meridian has reportedly agreed to pay $125,000 per year for the first three years and $131,250 per year in the final two years of a five-year contract with the district. Pine Belt had paid $100,000 per year for the past five years. Originally, the arena was named for disgraced former schools superintendent Michael J. Ritacco, who is in the midst of serving an 11 year prison sentence stemming from a bribery scandal.

The renaming agreement was initially set to be voted on by the Board of Education this week, but a document review by both sides is continuing.

Superintendent David M. Healy said the agreement with Hackensack-Meridian, which operates Ocean Medical Center in Brick and Southern Ocean Medical Center in Manahawkin, as well as hospitals in Monmouth County and across the state, will include partnerships beyond the naming rights, such as work with district trainers, nurses and sports staff.