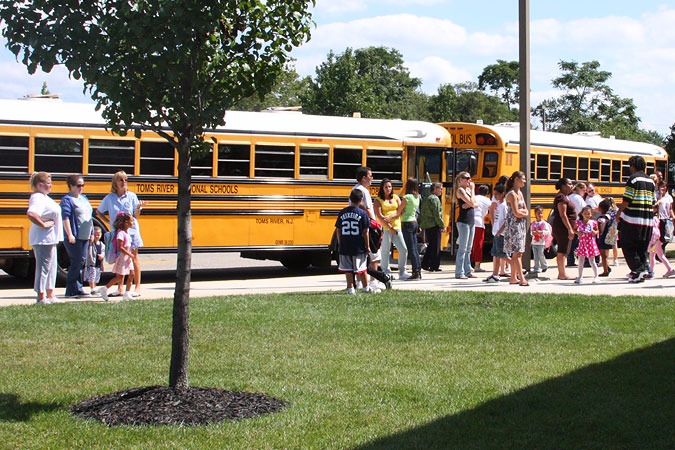 Teachers in the Toms River Regional school district will receive a 3.4 percent raise retroactive to 2016 and, for the next three years, additional 3 percent salary increases, as part of a contract between the board and the Toms River Education Association approved Tuesday night. Most notably, the contract, in some cases, lowers the percentage teachers must contribute to their healthcare premiums, which was reportedly the major sticking point in over a year’s worth of negotiations.

The new contract, in the case of some employees, lowers healthcare contributions below those mandated under a 2011 state benefits reform law because the law sunset for 2017. The law set minimum contribution levels for public employees, which many unions said effectively translated into either no salary increases or a reduction in compensation in the years that followed. Proponents of the 2011 law, however, said public employees contributed too little toward their healthcare plans, which are largely considered to be so-called “Cadillac” plans.

In many cases, teachers will contribute the same amount toward their healthcare premiums as the law called for, but in certain cases depending on salary, the contribution will be slightly less. Following the retroactive 3.4 percent salary increase for 2016, teachers will receive a 3 percent raise for 2017-18 and 3.1 percent raises in 2018-19 and 2019-20, totaling an increase of 12.5 percent.

Where teachers will save money is in the expanded range for contribution increases. Whereas the 2011 state guide called for contribution rates to increase in $5,000 increments, the new Toms River guide calls for a 0-$29,000 increment, a $30,000 to $49,999 increment, followed by $10,000 increments up to a maximum contribution at $90,000. As for the health plan itself, a $4,000 cap on chiropractic care remains and a $4,000 cap on acupuncture was added. Co-pays for physicians’ appointments are $10, and annual eye examinations, lenses and frames are available under the vision plan for a $10 co-pay. There is no deductible for dental coverage.

Board President Ben Giovine, who chaired the negotiating committee, said he has always been against the 2011 reform law.

“I think that Trenton has put a lot of districts in a tight situation,” Giovine said. “You have a lot of teachers who are getting raises but the contributions are taking the raises right out of their check.”

Giovine said the revenue that was generated by the state law will, generally, be maintained, but negotiating a new contribution guide got rid of something that “unfairly was impacting a lot of public employees.”

The budgetary impact the new agreement will have in terms of the regional school district’s tax rate is yet to be seen. The district has not yet introduced its 2017-18 budget, but expects to discuss the spending plan at an advisory meeting April 5. Giovine did not remove the possibility of layoffs from the table, saying no determination on staff reductions has been made. The district, he said, is hoping to push for extra aid that would avert a tedious financial situation the district has found itself in.

As for the new contract, the agreement Tuesday night closes the book on a saga that has included protests outside the district’s administration building and walkouts at public meetings. Still, officials said the contract is fair to both sides.

“I want to thank the teachers for all the hard work they’ve done through this ordeal,” said board member Robert Onofrietti.

“Neither side ever left the table, we were always there listening to each other, and we got through it,” Giovine said.