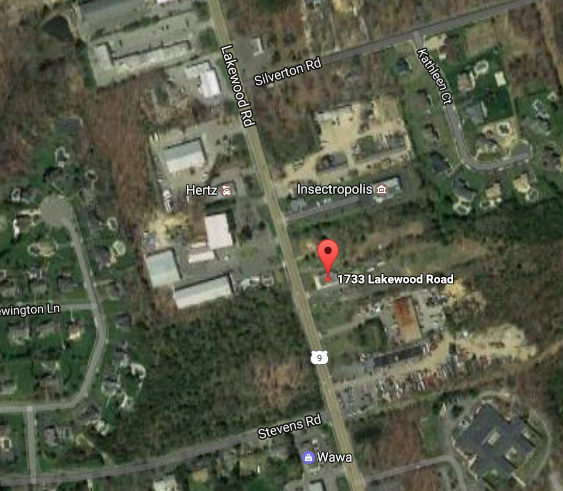 The site of a proposed mosque and religious school in Toms River. (Credit: Google Maps)

A religious group has proposed the construction of a two-story mosque and school to be constructed in Toms River, but the project could face zoning issues.

The Muslim Society of South Jersey has proposed the 51,040 square foot, two-story facility to be constructed at 1733 Lakewood Road (Route 9), between Silverton and Church roads. The site is owned by the North American Islamic Trust, based in Toms River, according to tax records.

A portion of the plot of land currently houses Masjid Bilal, a Muslim worship center that hosts religious classes.


The newly-proposed building would include room for both a mosque and school, according to documents filed with the township, but its developer must overcome some township zoning regulations before permission is granted for construction to begin. A conditional use variance must be obtained since the property is located in the Rural Highway Business Zone, and a variance would be required for the school, since the township’s zoning ordinance requires private schools to be built on a site at least 10 acres in area. The proposed school would be located on a lot that measures 5.568 acres.

The project’s application is scheduled to be heard by the planning board at its Jan. 26 meeting, which begins at 7:30 p.m. at the township’s municipal complex on Washington Street.