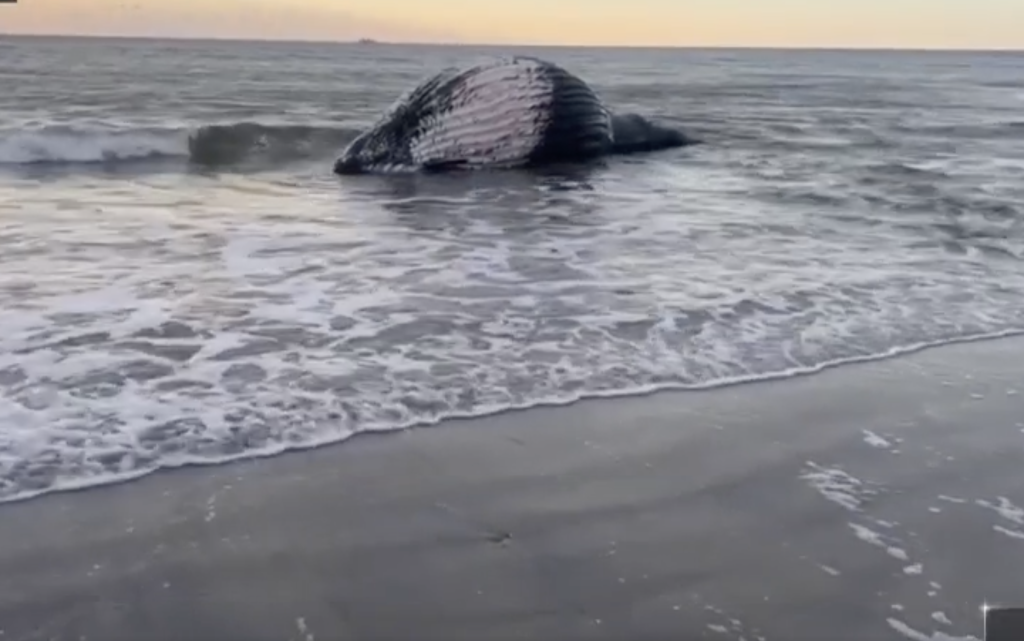 A rash of endangered whales of various species washing up on New Jersey beaches has prompted environmental advocates seek a pause in the progression of offshore wind development from President Joe Biden.

Led by the Sandy Hook-based group Clean Ocean Action, a group of coastal advocacy organizations called on the Biden administration to “take immediate steps to address this alarming and environmentally harmful trend.”

One of those steps is “a hard stop on all existing offshore wind industry geotechnical and development activities.” Another is a halt to any new, planned, or pending offshore wind development permitting activities, including new solicitations. The groups are also asking the administration to conduct an investigation into the recent whale deaths by federal agencies mandated by law to protect marine mammals, with independent oversight and peer review.


Offshore wind development is poised to get underway soon in New Jersey waters, taking up several lease areas between Cape May County and Long Beach Island, generating complaints from coastal residents who have said they consider the proposed turbines unsightly and too close to shore. Northern Ocean County’s beaches will not have wind development directly offshore, and a project that combines lease areas in the New York Bight between Long Island and New Jersey would be located farther from shore and out of sight of beachgoers. The environmental groups have focused their concern on the effect the turbines could have on endangered species, while advocates for the commercial fishing community have also expressed concern about migrating species and the loss of fishing grounds due to the presence of the turbines.

“The wave of dead whales is the ocean sounding the alarm,” said Cindy Zipf, executive director of Clean Ocean Action. “And we must heed the warning.”

Zipf said at a press conference Monday that most of the whales that have become beaches – including a large whale that made headlines after washing up in Atlantic City over the weekend – are mostly young, endangered whales, with their deaths linked to “no apparent cause.”

“The only new activity in the ocean is the unprecedented concurrent industrial activity by over 11 companies in the region’s ocean, which allows the harassment and harm of tens of thousands of marine mammals,” Zipf said. Clean Ocean Action reviewed the federally-issued and pending requests by companies allowed to “harass and harm” marine mammals for offshore wind energy development activities off the New York and New Jersey coast. To date in that area, companies have requested permission to potentially harm tens of thousands of marine mammals, including threatened, endangered, and otherwise protected species through requests for Incidental Take Authorizations (ITAs) and Incidental Take Regulations (ITR) by the National Marine Fisheries Service (NMFS). According to Clean Ocean Action, there are 11 active, 5 current, and 18 previously issued and expired IHA and ITR authorizations in the ocean off the coasts of New Jersey and New York.

“By our calculations, there are over 157,328 marine mammals that offshore wind companies have been given the green light to harm, harass, injure and kill for current and pending offshore wind projects,” said Kari Martin, Advocacy Campaign Manager for Clean Ocean Action. “That is an extraordinary number of animals to impact, especially for endangered, threatened, and protected species like the critically endangered North Atlantic right whale. How many more vulnerable marine mammals have to die without further action?”

Juvenile humpback whales washes up on Atlantic City Beach. Experts say the one year old was likely hit by a boat and couldn’t survive. ⁦@FOX29philly⁩ pic.twitter.com/VaYasb9ety

The groups said offshore wind developers have been actively employing multiple geotechnical survey vessels off the coast of the New Jersey and New York coast while awaiting permit approvals for large-scale offshore wind turbine farms. When completed, hundreds of 1,000-foot-tall wind turbine generators will be built in the ocean along with associated substations and thousands of miles of undersea cables, one of which will eventually run under Island Beach State Park and Barnegat Bay.

The geotechnical survey boats use sea-floor characterization through high-level focused pulses of sound through vast areas of the ocean floor. Many whales, it is theorized, hear and communicate in those same frequencies, including humpbacks. Use of sonar at higher levels has been known to have harmful impacts on whales including deafening which can lead to starvation and death.

Clean Ocean Action has invited additional organizations to sign onto its letter to Biden, and will send the White House a rolling list of supporters. COA will continue to take additional actions at the local, state, and federal levels to continue to call for a “comprehensive, scientific, independent, peer-reviewed pilot study to assess the true costs and benefits and environmental consequences of offshore wind before massive industrialization occurs.”