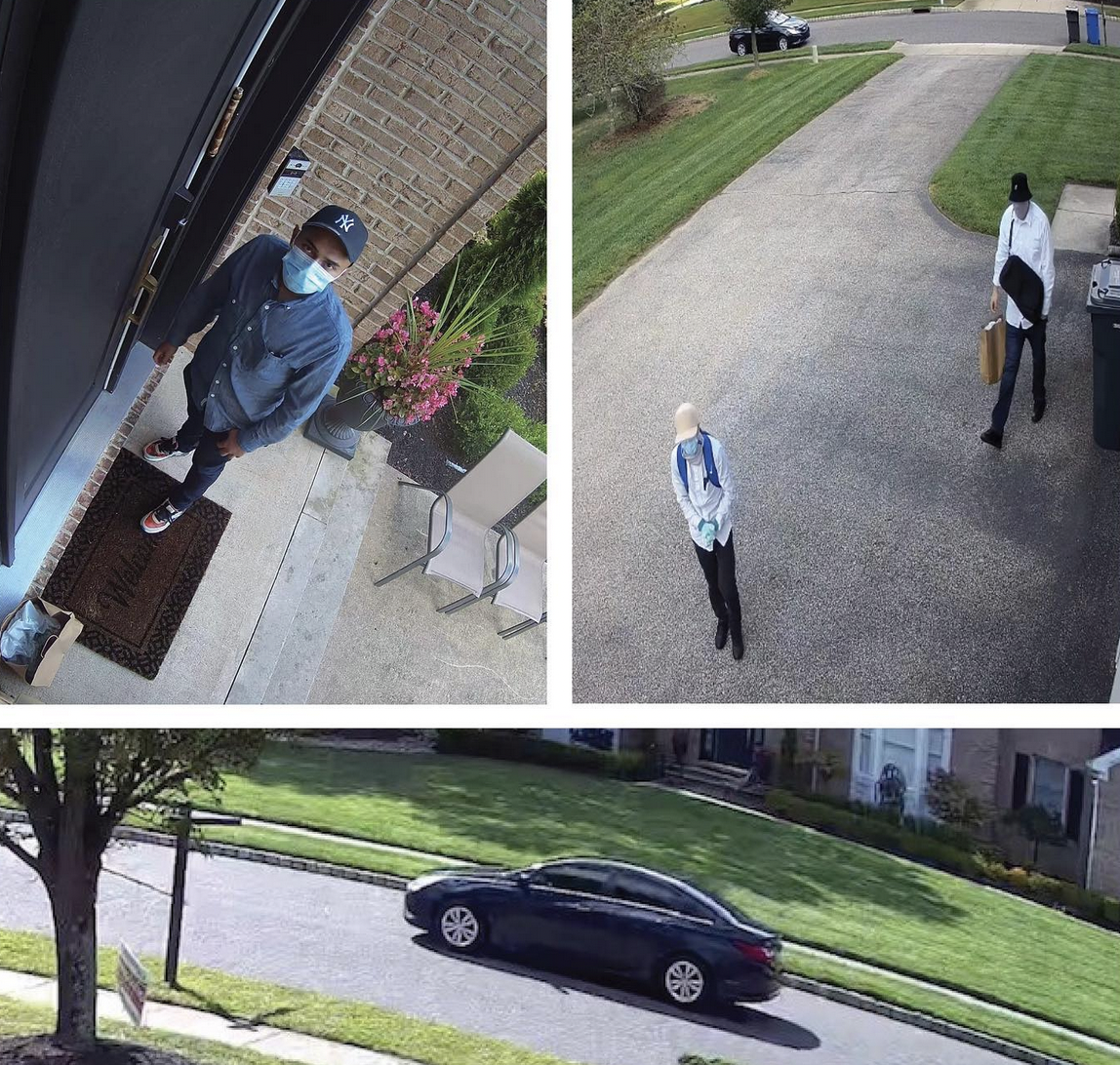 Toms River police are seeking the public’s help in identifying three men who participated in the burglary of a home on Fiddler’s Run in the township Thursday afternoon.

The incident occurred at about 2:35 p.m., police said. In surveillance footage, a man in a blue baseball hat rang the front doorbell of a home while carrying a shopping bag. When there was no answer, he returned to a car parked at the curb. The two suspects pictured in white shirts then went around to the rear of the house where they broke a window, according to a police report.

The suspect in the white hat briefly entered the house, but was scared off by the alarm, according to police. All three suspects then fled the area in the pictured vehicle, which is believed to be a dark blue Hyundai Sonata.


Anyone who can identify the suspects or who has information about the incident is asked to contact Detective James Carey at 732-349-0150, ext. 1292 or at jcarey@trpolice.org.