As the calendar draws closer to the ten-year anniversary of the landfall of Superstorm Sandy in New Jersey, work to rebuild one of the most dramatically-affected areas was just getting underway.

The condominiums that were located directly north of the former Joey Harrison’s Surf Club site are now under reconstruction. The Surf Club property, as many knew it for decades, was divided between several lots, some of which were residential and had private owners. Work to rebuild those condominiums began in a preliminary phase over the last several weeks and started in earnest more recently, with a piling foundation having been nearly completed by the start of this week. The condominium building held six units before the storm. One unit is currently being offered for sale publicly for $575,000, plus the cost of construction (minus $120,000 which the homeowners’ association received as an insurance payment). The units will include three bedrooms and bathrooms, parking and an elevator.

To the south of the condominiums, the totality of the former Surf Club site is now in public hands, having been purchased by Toms River Township and the state, with funding from Trenton’s Blue Acres and Green Acres programs. Officials had initially eyed the oceanfront site for a continuation of the neighborhood’s boardwalk and some beach amenities, however due to the Blue Acres funding, there were signs of pushback from the state. Traditionally, Blue Acres funds are not used to create public parks or beaches, but to permanently end development of areas that have been repeatedly damaged by flooding – often in dense urban environments. An oceanfront parcel, protected by dunes, however, is unique, with both residents and officials hoping for suitable access to the ocean.

“The DEP has final approval of anything we do there,” said Toms River Mayor Maurice “Mo” Hill. “They control the ocean side of the roadway with Blue Acres, and where the parking lot is, it’s Green Acres.”

The parking lot, across from the former Surf Club site on the western side of Ocean Avenue, is not subject to the same Blue Acres restrictions, but must still comply with regulations under the state’s Green Acres program.

“We have submitted what we think are modest plans,” said Hill, explaining that “nothing is set in stone” given the variables that could enter into play with state regulations, making a formal announcement of plans for the parcel all but impossible in the short term.

“We may, because we’re dealing with [the DEP] now on the beach replenishment, see if we can tie the two together,” he said. “Perhaps while we’re doing the beach sand, it might be a good opportunity to do something with this property.” 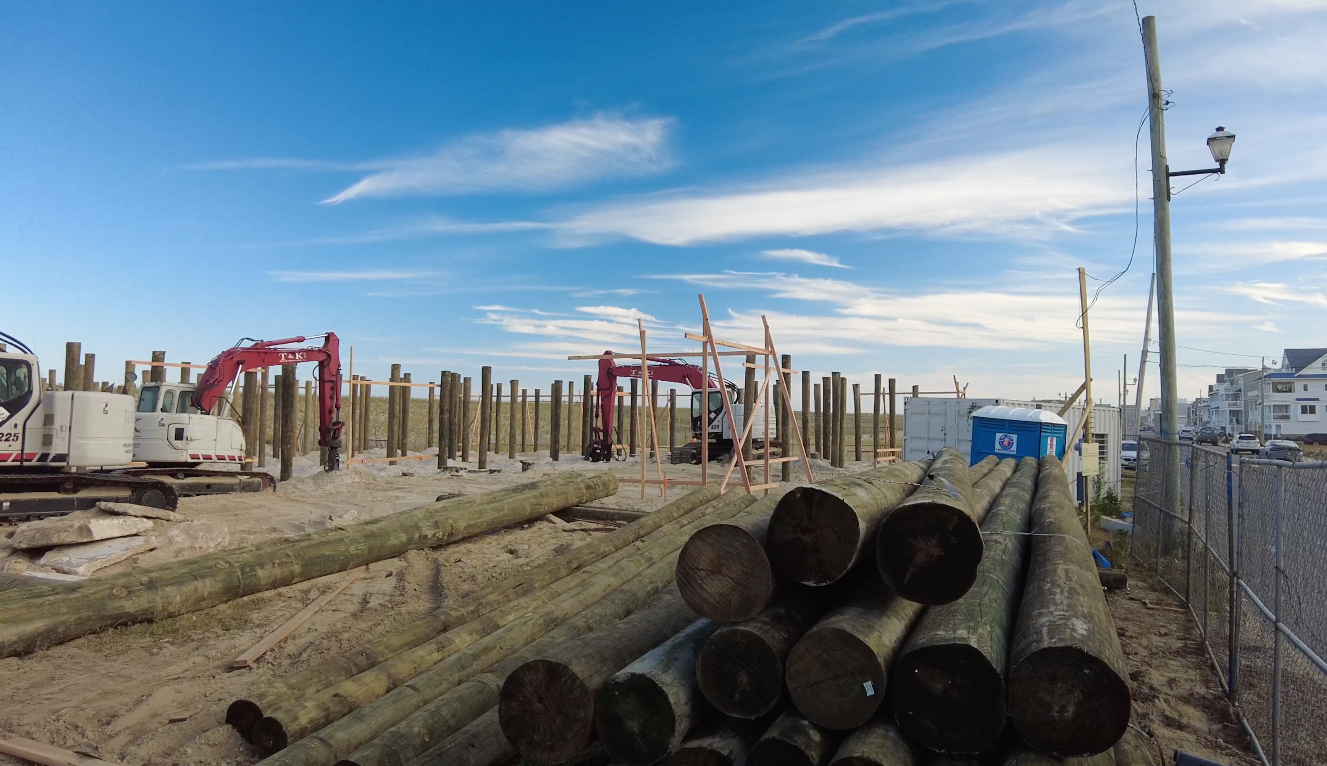 The Surf Club property was formally transferred to public ownership late last year after lengthy negotiations with the Barcelona family, who owned the popular nightclub and restaurant for decades.

The township’s contribution of $685,000 toward the $7.3 million acquisition was financed through the sale of land near Cattus Island County Park and Ocean County College to the county, which was finalized last December. The remainder was funded through the state programs.