Rescue crews from numerous local communities were approaching the third hour of a rescue effort in Toms River’s Ocean Beach section by 7 p.m. Tuesday, following a report of two juveniles who became trapped in a hole in the sand that collapsed. One of the juveniles, identified as a teenage female, was rescued, while a teenage male succumbed to his injuries. 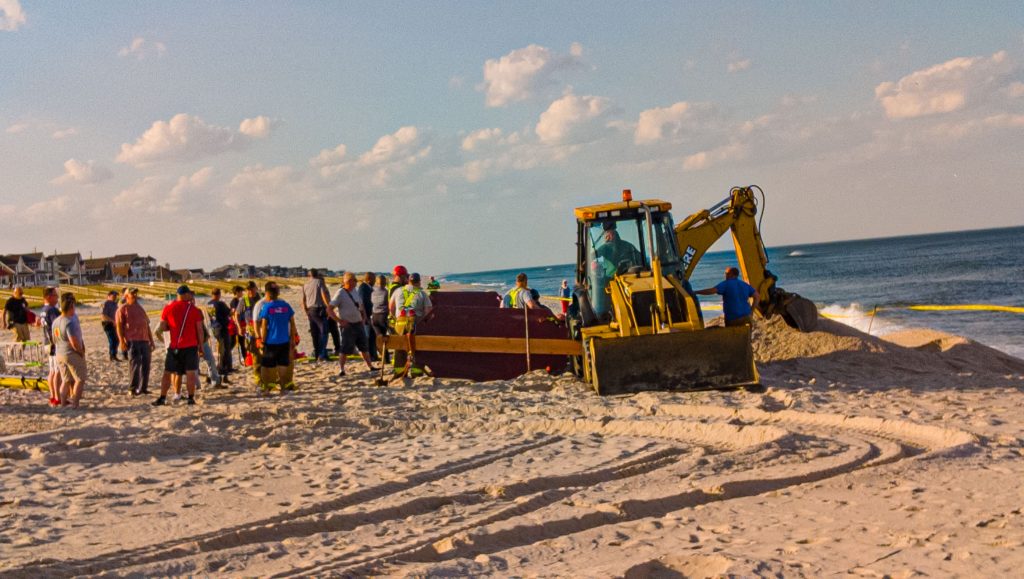 Rescue workers searching for a teen missing after a hole in the beach sand collapse, May 17, 2022. (Photo: Daniel Nee) 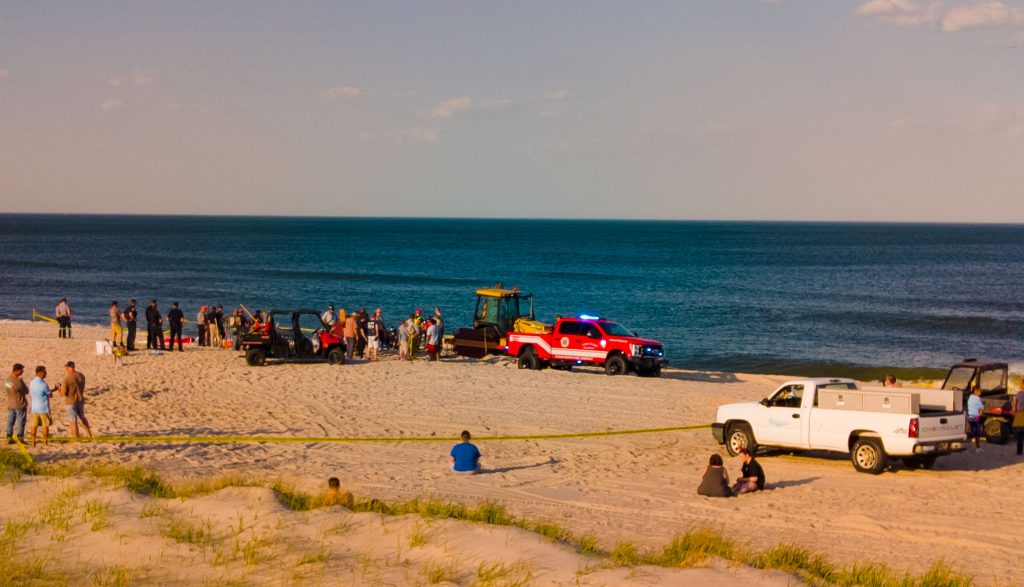 Rescue workers searching for a teen missing after a hole in the beach sand collapse, May 17, 2022. (Photo: Daniel Nee)

The 17-year-old female victim was rescued and treated at the scene, but her brother, identified as Levy Caverley, 18 of Maine, tragically died, police spokeswoman Jillian Messina said. Rescue workers are currently working to recover Caverley’s body from the collapse, she said at 7:10 p.m.


The incident occurred at Seaview Road, a few blocks north of Kittiwake Avenue, the home of the Ocean Beach fire company and rescue squad. Crews from that company as well as numerous other agencies were on scene, including Lavallette Public Works and technical rescue experts. Equipment ranged from spade shovels to an excavator. Numerous television news crews were flying helicopters over the scene, and residents gathered at the surrounding beach entrances to look on.

Messina said more details would be released later tonight, but confirmed a call was received by the department at 4:09 p.m. reporting the incident. She said a hole dug in the beach sand “collapsed around them while digging,” referring to the siblings. The hole was reportedly about 10 feet deep, according to a person at the scene with knowledge of the rescue effort.

Rescue crews were seen departing the scene at 7:17 p.m.