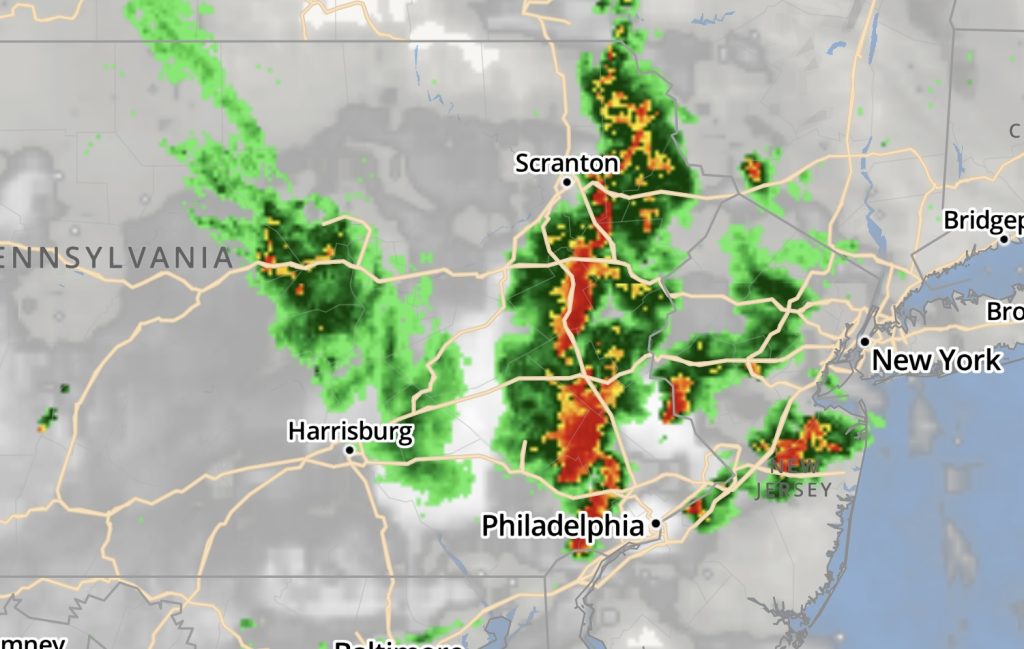 A tornado watch has been issued for Ocean County until 7 p.m. Friday, the National Weather Service announced. There is also a dense fog advisory in effect until 10 p.m.

⛈️ Confidence has increased in the potential for severe weather this afternoon and evening. Much of the area from I-95 to the northwest is now in a slight risk. Damaging winds remain the primary threat but hail and an isolated tornado cannot be ruled out. #PAwx #NJwx #DEwx #MDwx pic.twitter.com/kgyRDVvYef

The tornado watch was issued in connection with two lines of storms that were approaching the region from the west. The watch area as a whole includes 13 counties in New Jersey, as well as some in neighboring states. In Ocean County, a storm was expected to move through around 5 p.m.

A tornado watch has been issued for parts of Delaware, Maryland, New Jersey, Pennsylvania, Virginia and West Virginia until 7 PM EDT pic.twitter.com/WbvQHydxRh

A dense fog advisory was in effect until 10 p.m. Friday. Dense fog will reduce the visibility to 1 mile or less, the NWS said, which will make conditions difficult on the water as well as for drivers in coastal areas.