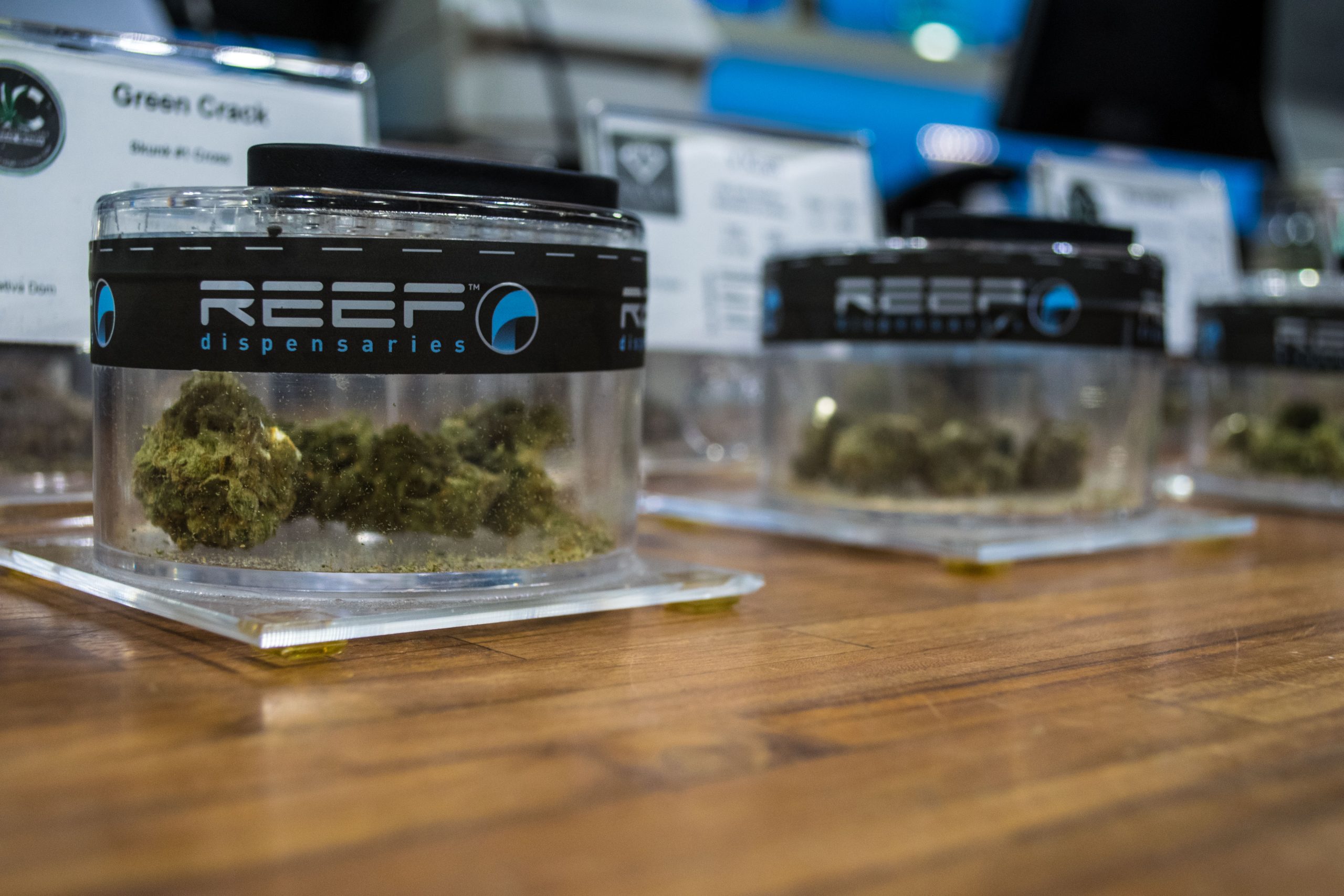 The retail portion of Reef Dispensaries in Las Vegas, NV, photographed during a tour of the facility. (Photo: Daniel Nee/Shorebeat)

Toms River officials, late in 2021, passed a measure that kept in place a prohibition of marijuana businesses in town. But while the township council seems unlikely to support the idea of any recreational cannabis sales within the township’s borders, discussions continue on whether a medical cannabis dispensary might be allowed in the future.

Notably, Ocean County holds the highest number of medical marijuana patients of any county in New Jersey, yet there are no dispensaries for either medical or recreational cannabis. Despite strong support from county residents in the state’s referendum to legalize marijuana, most Ocean County municipalities acted quickly to prohibit sales. Only South Toms River and Lakehurst were open to the idea of a dispensary calling their towns home, but no licenses have been issued by the state in either locale.

Toms River formed a committee to examine how the township should approach the legalization of cannabis and what will be undoubtedly heavy demand for the product in Ocean County. The committee included residents on both sides of the debate, as well as law enforcement, land use experts and educators. But the committee’s findings were barely discussed at public meetings, with the all-Republican township council voting unanimously to extend the ban on cannabis businesses, which had been due to expire Dec. 31 of last year. The committee had been led and spearheaded by former Councilwoman Laurie Huryk, a Democrat who served one term.


Laurie Singer, a resident who had been involved with the committee, has kept after council members on the specific issue of medical cannabis sales in town. She spoke at Tuesday night’s council meeting and pressed officials on when residents could expect action from the governing body with a final decision.

Councilman Matthew Lotano said medical cannabis was on the agenda for the next meeting of the council’s land use committee, but the issue may end up being reviewed by multiple committees of council members, plus the zoning department.

“If more questions come about in Land Use, what will happen is that our legal counsel will end up having to answer those questions,” said Councilman Josh Kopp. “If no questions come out of next Tuesday’s meeting, it will come to council for an executive discussion.”

Kopp expected medical cannabis to be addressed at the June 8, 2022 council meeting, however the discussion could be delayed if questions remain unanswered. Assistant Township Attorney Anthony Merlino is expected to weigh in on the discussion as well.

“I can’t tell you what direction we’re going to go in,” Kopp said, a sentiment that was echoed by Council President Kevin Geoghegan.

Though the prohibition on all cannabis sales was extended indefinitely last year, the council has the option of formulating a plan that would allow certain types of businesses to operate in certain zones or geographic areas. For example, the township could allow a retail store, but not a manufacturing facility, or vice versa. Dispensaries could be limited to a highway business zone while manufacturing could be limited to industrial zones.

“The township can decide if they want medical marijuana, recreational marijuana, or both,” said Township Attorney Gregory P. McGuckin.