A total lunar eclipse was visible from the Shore area Sunday night into Monday morning, with the peak of the event having occurred at 12:11 a.m.

The so-called “blood moon” can be seen during an eclipse because the sun’s rays pass through the earth’s atmosphere before reaching the celestial body, scattering blue and green colorations and leaving a shade of red visible, resources from NASA said. 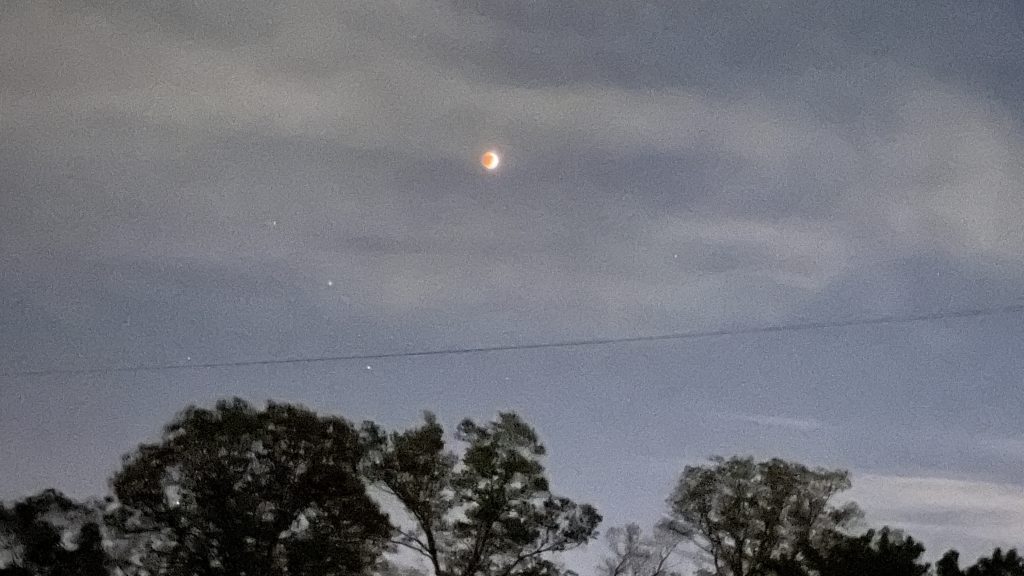 
While clear skies allowed for a perfect view of the eclipse overnight, forecasters warned of storm systems that would be passing through the region during the day Monday – and ultimately into Monday night.

According to the NWS forecast, the fog will lift by 10 a.m., but a chance of showers and thunderstorms is possible all day Monday, most likely after 5 p.m. Otherwise, it will be mostly cloudy with a high near 75 degrees.

Showers and thunderstorms will roll through the area by 9 p.m., with an 80 percent chance of precipitation, which could be heavy during thunderstorms. Still, rain totals are expected to be relatively low, since the storms will be localized and isolated.

Sun will return Tuesday, with a high of 76 degrees.