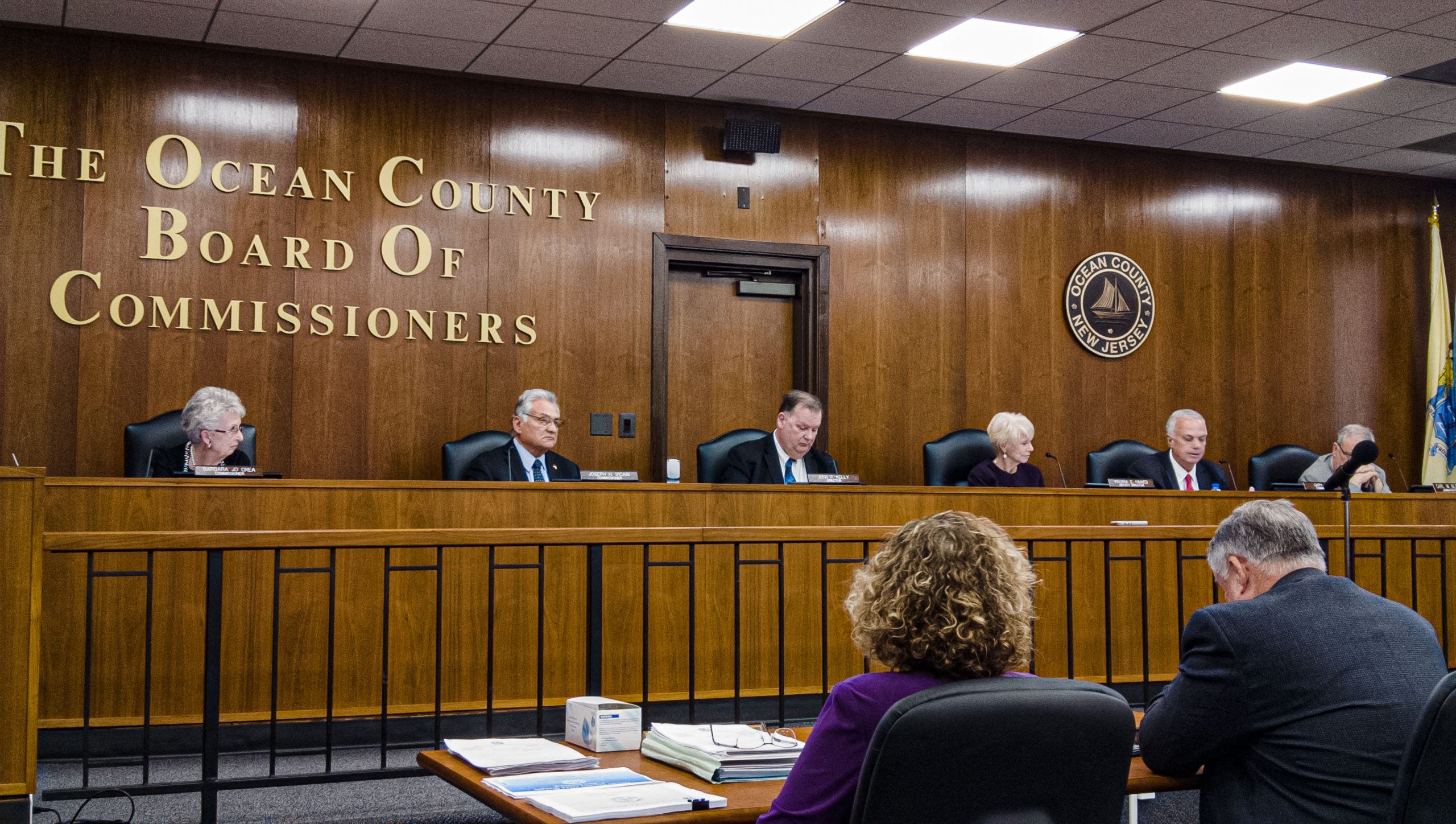 It took a more than a decade to recover from the 2008 financial recession, but with the county’s ratable base now having surpassed its previous high before the 2008 recession – compounded by Superstorm Sandy in 2012 – officials said they would keep a promise to lower the property tax rate as property values increased.

Indeed, the Ocean County Commissioners on Wednesday adopted their 2022 spending plan, which calls for a 1-cent decrease in the tax rate, to 32.2 cents per $100 of assessed real estate value. This year’s rate will be the lowest in nine years, and the sixth consecutive year that the rate has decreased. The ultimate impact of the decrease will be felt differently among county residents depending on the value of their homes and the towns in which they reside. County tax bills are subject a series of complex equalization tables, but the 1-cent decrease will be reflected regardless.


“It’s not only a ‘this year’ but, it’s a budget that looks into the future,” said Commissioner Bobbi Jo Crea. “This was a good year, but we have to look to the future. Nobody expected to be hit by Superstorm Sandy, or any of the things that happened in the past couple of years. I’m glad we have something that looks forward.”

The county has completely recovered its ratable base from the 2008 economic downturn and the Oct. 29, 2012 landfall of Superstorm Sandy. The collective value of the county’s property is $120,298,414,009, which just eclipses the pre-recession and pre-Sandy highs. While under state law the county could have maintained higher tax rates despite the increase in property values, the commissioners, then led by the late budget chair Freeholder John Bartlett, staunchly promised they would not use the storm to increase taxes over time. The budgeting since Sandy has led to the county maintaining its ‘AAA’ bond rating, which this year will allow the county to shave $2 million off the books through refunding debt at lower interest rates.

The budget is “as conservative as it can possibly be, keeping in mind that there are many aspects of the community we have to serve,” said Commissioner Gary Quinn. “It’s not just the Board of Commissioners, it’s the entire team here.”

This year’s spending plan includes appropriations of $16.6 million for Ocean County College and $20.7 million for the county’s vocational-technical school district. It also maintains the county’s unified Tourism and Business Development office and its unique Consumer Affairs office, which handles more cases than all of the state’s other counties combined.

Anticipated capital projects include annual road maintenance and repaving, construction of a new library in Stafford Township, additions and improvements to the OCVTS school in Jackson Township, a new phase of the reconstruction of East County Line Road in Lakewood, and the replacement of the Duck Farm Bridge in Brick Township.

The five commissioners voted unanimously voted in favor of the budget. No members of the public offered any comment. The commissioners agreed that by keeping the tax rate stable and utilizing a “pay as you grow” strategy of updating infrastructure, the county will be able to handle a future recession of natural disaster – a legitimate fear considering the sky-high value of real estate in 2022.

“We’ve had a real boom in real estate in Ocean County over the past couple of years with Covid, but we have to prepare for, eventually, things coming back to Earth,” Quinn said.