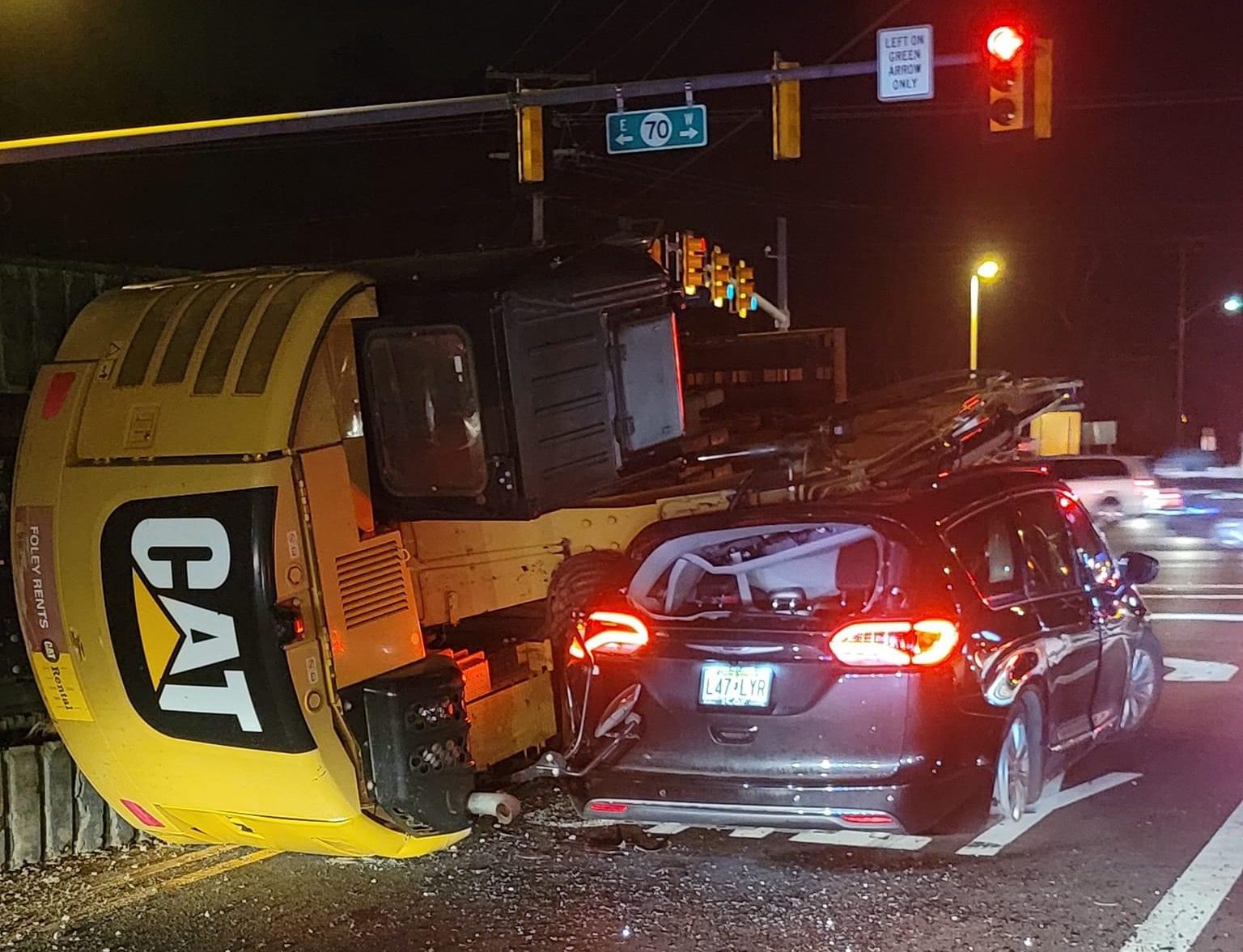 A tragedy was narrowly avoided Wednesday after an excavator that was being towed by another vehicle landed on an occupied car stopped at a red light in Toms River.

Amazingly, there were no injuries in the incident, which occurred at 5:40 p.m. at the intersection of Whitesville Road and Route 70.

According to police spokeswoman Jillian Messina, Christoph Caches, 56 of Toms River, told responding officers that he was driving west on Route 70, towing a trailer loaded with an excavator, and made a right turn onto Whitesville Road. Once he made the turn, the trailer apparently flipped over and the excavator landed on a vehicle that was stopped on Whitesville Road for a red traffic signal.


Caches was issued a summons for careless driving. The accident remains under investigation by the Toms River Police Safety Officer Ryan Fitzgerald.