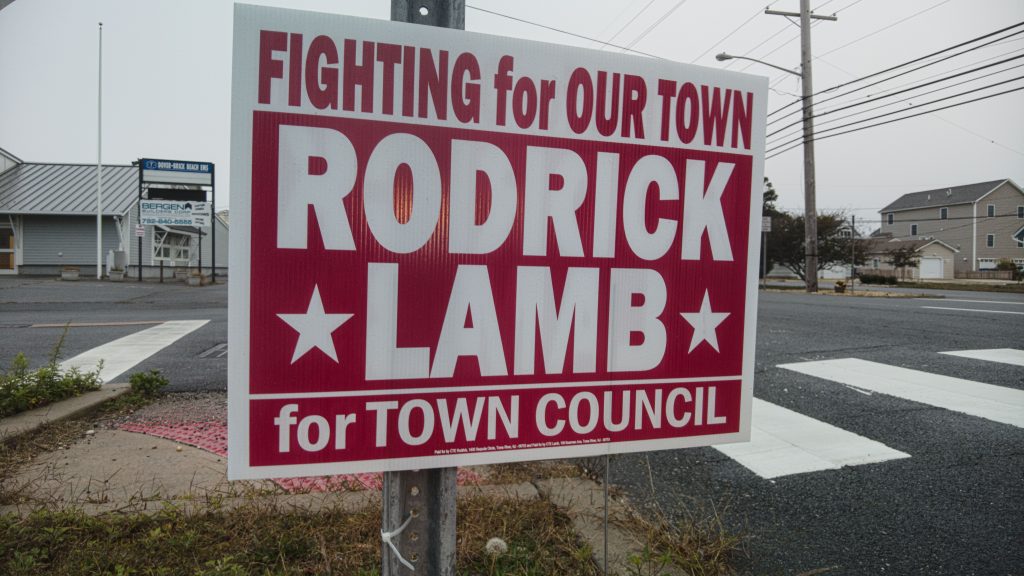 Republicans earned victories for the four ward seats on township council, flipping two seats held by Democrats.
According to unofficial election results, control of Toms River’s council will again become all-Republican, with one Democrat incumbent losing his seat in a hotly contested race.

The winners include three new faces to the council — David Ciccozzi, Justin Lamb and James Quinlisk—and Daniel Rodrick.
According to unofficial results from the Board of Elections:

The race for Ward 4 saw the tightest spread, with Turnbach, the incumbent Democrat, seeking a second term to represent an area comprised of the downtown area of Toms River, losing by more than 1,000 votes to Planning Board Chairman and local landlord Ciccozzi. Turnbach and Councilwoman Laurie Huryk were the first Democrats elected in more than a decade to the council, though Huryk decided to not seek re-election.

Councilman Daniel Rodrick was elected with the Democratic ticket then as well, but soon after switched parties to Republican, and was also seeking his second term to represent Ward 2.
In his term on council, Turnbach, a local attorney, worked to support a Code Blue warming center for Toms River, was a weekly fixture for pandemic food relief distribution efforts, and pushed back against a plan for a high-rise tower in downtown Toms River.

Lamb is a police sergeant and local attorney, as well as a volunteer fireman and EMT, who previously ran for Maruca’s seat in the ward races for Ward 1, and area of Toms River that includes the barrier island neighborhoods, East Dover, Windsor Park and eastern Silverton.

For Ward 3, an area that includes North Dover, Quinlisk bested Sage, a litigation attorney. Quinlisk has served as a Toms River Fire Commissioner and volunteer firefighter and is currently employed in sales.

Toms River voters were also asked to pick two candidates for the regional school board. As in previous years, a deep field of candidates vied for the Toms River Regional School Board seats. According to unofficial results, the two victors among the seven candidates are incumbents Jennifer Howe and Joseph Nardini.

Finally, a local question put to Toms River voters asked for a tax hike to help fund open space purchases. This is the second time a tax increase was put to public vote recently, and the second time the efforts failed.