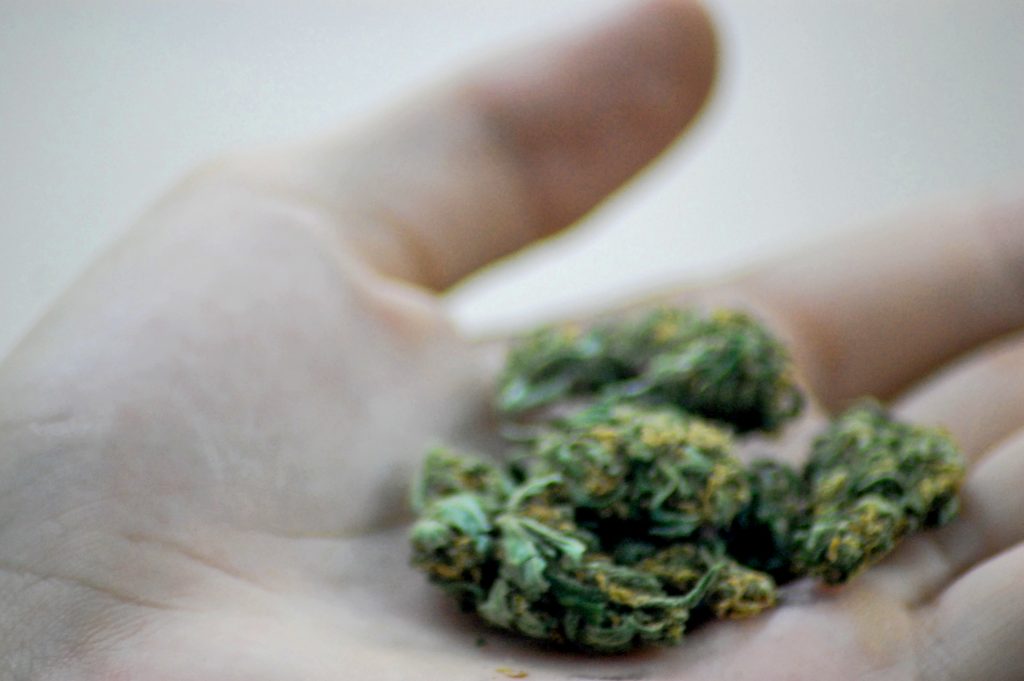 The Toms River township council, after hearing opposition from more than a dozen local residents over a proposed ban on marijuana-based businesses in town, placed the measure on hold and vowed to form a committee to better understand both sides of the issue before taking action.

Toms River had previously introduced an ordinance that bans all six classes of cannabis-based businesses that will operate in New Jersey following the state’s legalization of the plant following overwhelming voter approval on a ballot question last year. In Toms River, 64 percent of those who voted on the legalization question voted in favor of it.

“Its use benefits many simply as a means of treating anxiety, depression, high ocular pressure and many childhood conditions. Why are you trying to stop this?” Susan Gato asked the council. “We want this. We need this. You’re not up-to-date and you’re believing old-fashioned science.”


Many of those who spoke at Tuesday night’s meeting cited a rarely-discussed nexus between the general legalization of marijuana and its usage for medical purposes. Despite being the county with the largest number of medical marijuana patients, there are no medical dispensaries in Ocean County, and many people feel stigmatized by seeking out a “marijuana doctor,” handling the accompanying red tape, or placing their name on a state-held list of patients. The recreational market will fill in gaps that the existing medical market already has, supporters said.

“I can tell you that when I go to the dispensary, it’s an hour and-a-half away to southwest Jersey where I stand at least an hour in line,” said Tammy Miller, who uses cannabis medicinally. “There are never any issues at the dispensary. We go there, we get our product and we go home.”

One woman spoke in support of the ban, saying she believes marijuana is a “gateway drug” that can find its way into the hands of children.

Like officials in every New Jersey community, Toms River has until Aug. 22 to either pass an ordinance prohibiting the sale of cannabis products or face the prospect of having marijuana-based businesses become automatically-allowed conditional uses in commercial and industrial zones for five years with no option to put a hold on new businesses from opening. Officials in some towns, including Toms River and neighboring Brick, have said that their prohibition ordinances are being passed simply to avoid the five-year “no choice” window. Other towns, such as Lavallette and Point Pleasant Beach, believe allowing marijuana-based businesses to operate is not in the best interests of the community.

New Jersey statutes delineate six classes of marijuana-based businesses: cultivation, manufacturing (cultivation), wholesaling, distributing, retailing and delivery services. Toms River’s ordinance, as introduced, would have banned businesses in every category, though no local government has the authority to stop out-of-town delivery services from serving their residents.

“I think a lot of municipalities are rushing to judgment on this because of the opt-out penalties in the law,” said Councilman Terrance Turnbach, who ultimately made a motion to table the vote on the prohibition ordinance and form a committee. “I think this council needs more of an opportunity to hear from the public – we’re the voice of the public. We need to be more educated on this matter before we vote on it and that’s our duty to the people who put us in office.”

Councilwoman Laurie Huryk touted the potential benefits of a legal cannabis market, including the reduction of black market sales to minors.

“If we allow a legal dispensary in Toms River, we will, by extension, decrease the illegal sales,” Huryk said. “And we will decrease the exposure of underage people to those sales because there will be fewer illegal drug dealers. I guarantee you that the legal dispensaries won’t even come close to selling to underage users because they will be shut down so fast – it’s not a joke.”

“The opposition seems to be about protecting children, and that is not what we’re talking about tonight,” Huryk added.

The council voted 6-1 to table a vote on the ordinance for two meetings, which means it will be reconsidered at the June 9 council meeting. Still, officials admitted they are up against the state’s August deadline, and must form a committee, reach and consensus, vote and publish the ordinance in comparatively short order for municipal government.

Councilman Dan Rodrick cast the sole vote against tabling the ordinance, saying he supports a prohibition.

“In Colorado, when legalization first occurred, incidents in schools skyrocketed,” he said. “I don’t support recreational sales of marijuana in Toms River, and I vote ‘no’ to tabling it.”

Anyone interested in serving on the forthcoming committee – those on both sides of the debate are encouraged to become involved – should e-mail a resume and letter of interest to any council member, the township’s business administrator or the township attorney, officials said.

The ultimate fate of the cannabis market in Toms River is still an open question.

“I can’t promise that I’m going to support or not support, but I’m willing to give it the time to have an educated report,” said Councilwoman Maria Maruca.