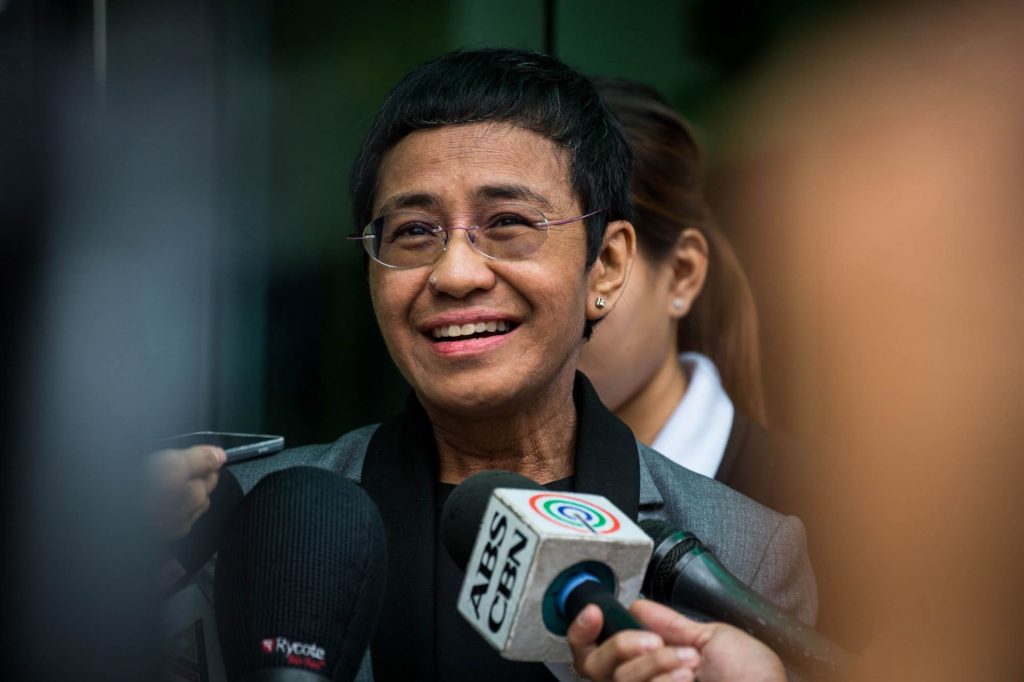 Class of 1982 High School North graduate Maria Ressa has forged a journalistic career marked by bravery, integrity, and justice, and has recently been nominated for a Nobel Peace Prize. She recently spoke with HSN Principal Ed Keller. (Photo: Rappler.com and Maria Ressa)

A graduate of Toms River High School North has been nominated to receive the Nobel Peace Prize after aggressively covering news in the Philippines under the rule of controversial President Rodrigo Duterte.

Maria Ressa, co-founder and CEO of investigative news website Rappler, was nominated by Norwegian labor leader Jonas Gahr Støre. The news website is based in Pasig, Manila, and began as a Facebook page before evolving into a full-on journalism project. The site has come under fire from the government and was allegedly a victim of a bot-driven disinformation campaign following its reporting on Duterte’s drug war, which advocates say has resulted in hundreds of extrajudicial killings across the country.

Ressa graduated in 1982 from High School North, where she served as class president for three years; performed as a member of the chorus, orchestra, and theatre clubs. She also played basketball and softball and, unsurprisingly, was voted “most likely to succeed.”


“She did succeed in a big way by representing the values of truth in journalism in a democracy on the world stage,” said former classmate Shelly Bromberg.

Støre, in his nomination announcement said Ressa “has been harassed, persecuted, and arrested numerous times – due to her coverage of corruption.”

“Ressa has for years lived with death threats and harassment on social media,” Støre went on to say. ” She is thus both a symbol and a representative of thousands of journalists around the world.” 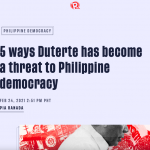 A headline on Rappler. (Screenshot)

Before starting Rappler, Ressa worked as a reporter for CNN in Asia, focusing on terrorism.

High School North Principal Ed Keller had the opportunity recently to speak to Ressa at length about what this nomination means to her, and how her Toms River roots have influenced her career path.

“I was an immigrant kid,” Ressa said. “Toms River and Toms River North shaped me as the person I would become. It was a path to acceptance.”

Her education in Toms River led her to study at Princeton University.

“Toms River North is my roots,” Ressa said. “It was such a pivotal time in my life. I learned to be comfortable with who I was.”

“My orchestra director, Don Spaulding opened the world to me,” she added.

A nomination for the 2021 Nobel Peace Prize is not Ressa’s first brush with worldwide fame. In 2018 she was included inTime’s Person of the Year issue alongside a group of fellow journalists.

Keller is seeking to nominate Ressa for the district’s Hall of Fame, and is also planning to name the newly-renovated HSN auditorium after her upon its completion this September.

“We are very proud of Maria’s accomplishments as well as her life’s work in helping others,” said Keller. “This is a wonderful example for all of our current students, that anything is possible with hard work and determination. It is inspirational to think that someone who walked the same hallways was able to make a difference on the world stage.”