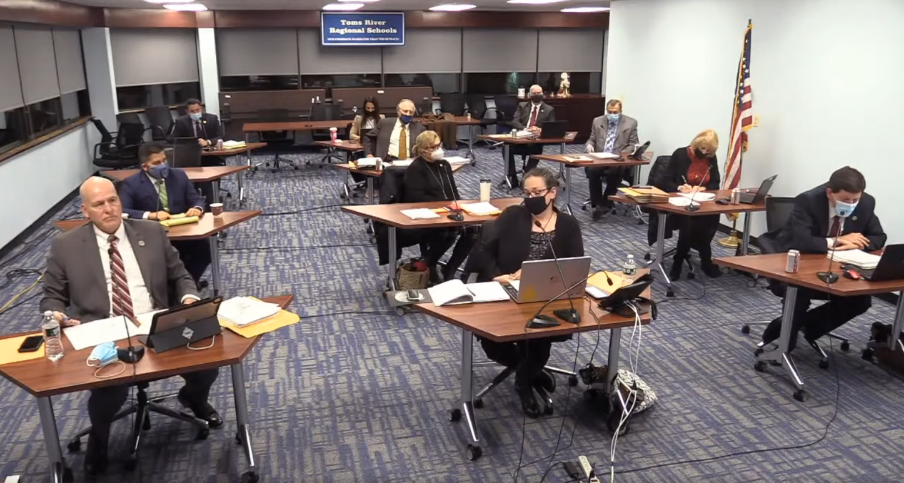 The Toms River Regional Board of Education on Wednesday night appointed Thomas Gialanella its interim superintendent, replacing David Healy, who has served as schools chief for more than seven years.

Healy announced his retirement in September. It will be effective come Jan. 1, 2021. Gialanella, who previously served as interim superintendent in Toms River before Healy was hired, will be paid $750 per day for his services. The board appointed Gialanella to the position through June 30, 2021, the end of the current school year, or until a permanent superintendent is found – whichever occurs first. 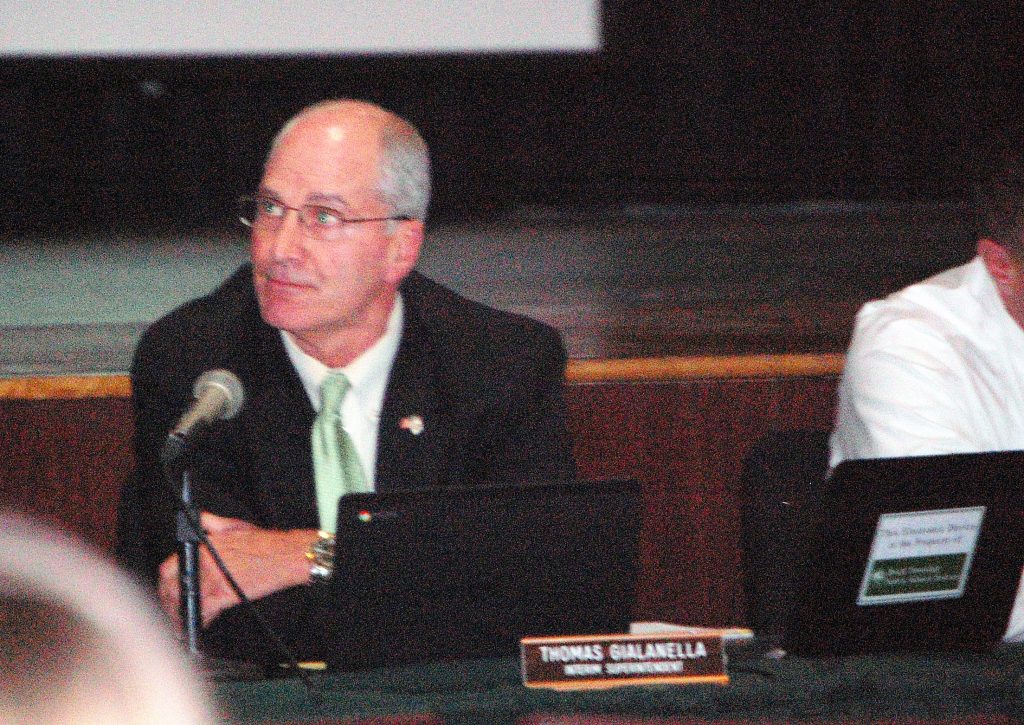 “We have seen the district come out of a deep hole,” said Healy, the first permanent superintendent hired after longtime district leader Michael J. Ritacco went to jail following a $10 million corruption scheme.

Healy was also thrust into the district’s recovery from Superstorm Sandy and, in recent years, devastating state funding cuts that have forced the district to lay off staff and scrounge for every remaining penny to maintain sports and extracurricular activities. He also shepherded the district through the proposal and ultimate passage of a $147 million referendum to improve the district’s facilities.

“The labor that went into what we accomplished was a passion and a labor of love,” Healy said. “What made it possible were the people in this community, some of the best people I’ve ever worked with.”

Board President Anna Polozzo acknowledged she was a one-time adversary of Healy’s, but eventually became a supporter.

“I very famously said to him, ‘Mr. Healy, I know you’re not from around here and you have a thing or two to learn about Toms River,’” she recalled Wednesday night. “Mr. Healy stepped up and did everything we asked him to do. He did it despite the fact that I wasn’t always nice to him.”

Healy may have stayed on as superintendent until the end of the school year, but the board did not accept a rescission of his resignation after three board members were conflicted out of being able to vote on the measure. Around the same time, Polozzo was diagnosed with Covid-19, delaying the search for his replacement.

“Much has gotten done over the last six or seven years under Dave’s leadership, but so much effort has also gone into preserving and saving our district,” Doering said. “Besides moving the district forward, Dave stood up to fight our state aid cuts and put himself out there while doing so. He did it with passion and conviction because he cared.”

Healy thanked the Board of Education members he worked with during his time in Toms River, reminding those watching the virtual board meeting that the members may be elected officials, but they work for no salary or benefits.

“Our board members are volunteers, they devote hundreds of hours of their own time, consuming nights and weekends away from their families,” he said. “It’s a thankless job, but they do it for the reasons we all want them to do it.”

Healy also said he met with Gialanella last week to bring him up to speed on the district’s operations. Wednesday night’s meeting was to be his last as superintendent.

“It has been, without a doubt, a sincere pleasure and honor to lead what I consider to be the most child-centered school community in New Jersey,” Healy said.