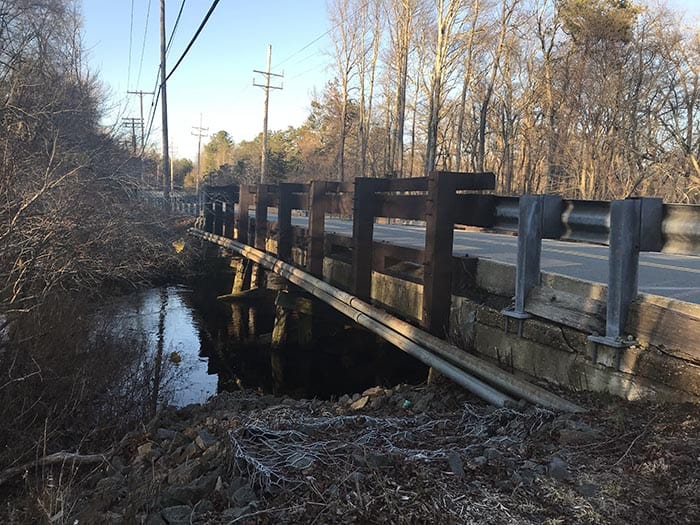 Motorists can again use the Ridgeway Boulevard Bridge in Manchester Township now that work on replacing the span has been completed, Ocean County officials announced Friday.

The replacement of Ridgeway Boulevard Bridge included the removal of the existing bridge and construction of a new bridge to cross the Ridgeway Branch of the Toms River. The original bridge, built in 1955, underwent a partial rehabilitation in 1999, but had been showing signs of distress and section loss to the existing timber load bearing piles and concrete stub abutments, officials said. The county decided it needed to be fully replaced.

“The new bridge, new paving and new traffic signals will result in a safer traffic flow along Ridgeway Boulevard, and Routes 571 and 547,” said Freeholder Joseph Vicari.


The new bridge is a single-span, 54 feet long adjacent precast concrete box beam superstructure, supported on cast-in-place concrete wing walls. The width of the new structure is 40 feet. The bridge replacement project also included the installation of new guide rail and some reconstruction of the bridge approaches.

Work to improve Ridgeway Boulevard in Manchester Township has been ongoing since early 2018. Projects that had been completed include the installation of the traffic signal on Route 547 and the realignment of Ridgeway Boulevard by developer Pulte Homes as a condition of Ocean County Planning Board approval for the River Pointe Development.  The new signal was activated in May 2019 allowing the county to start the reconstruction and resurfacing of Ridgeway Boulevard.