From Boardwalk to Politics: The Story Behind Toms River’s ‘Trump Store’ 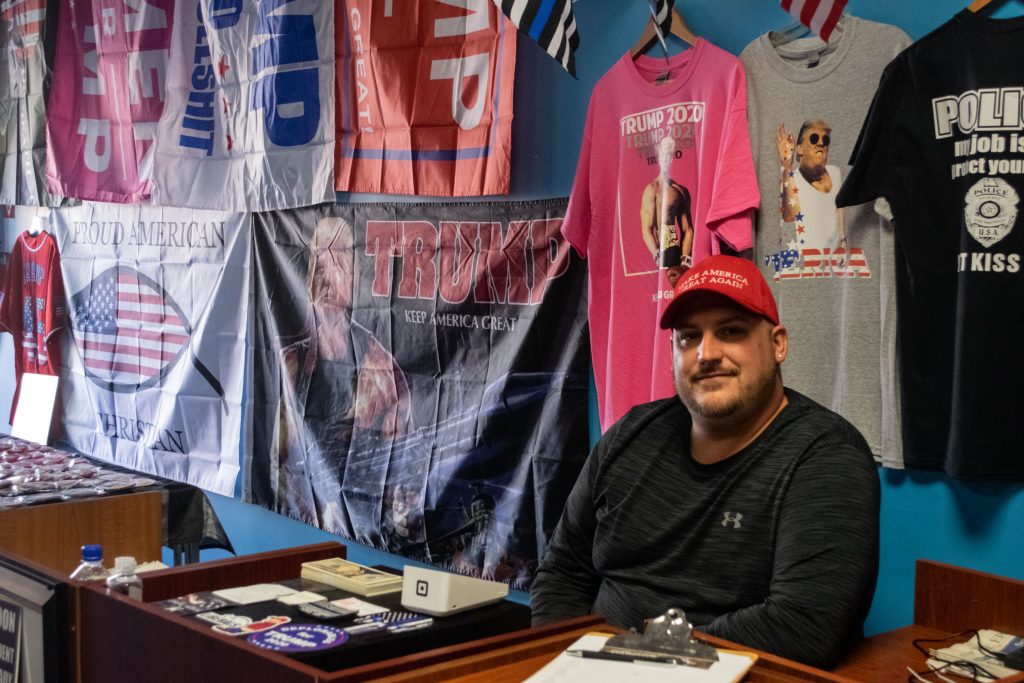 It’s something that could only happen in the age of Trump: an entire store dedicated to a presidential candidate. The unique shop, on Water Street in Toms River, is hard to miss with its flags waving, signs posted along the sidewalk and tee-shirts fluttering in the breeze. But its story is one of happenstance and an unlikely kindling of an interest in the world of politics.

Justin Forster, 36, opened the store over the course of the past few weeks as the race between President Donald Trump and former Vice President Joe Biden heated up. Forster, who operates concession businesses on the Seaside Heights boardwalk, didn’t vote for Trump (or his former opponent Hillary Clinton) in the 2016 election, but a move to the Jersey Shore and entrepreneurial ventures on the boardwalk produced a connection between him and the president, and he put his experience at the beach to work in downtown Toms River. 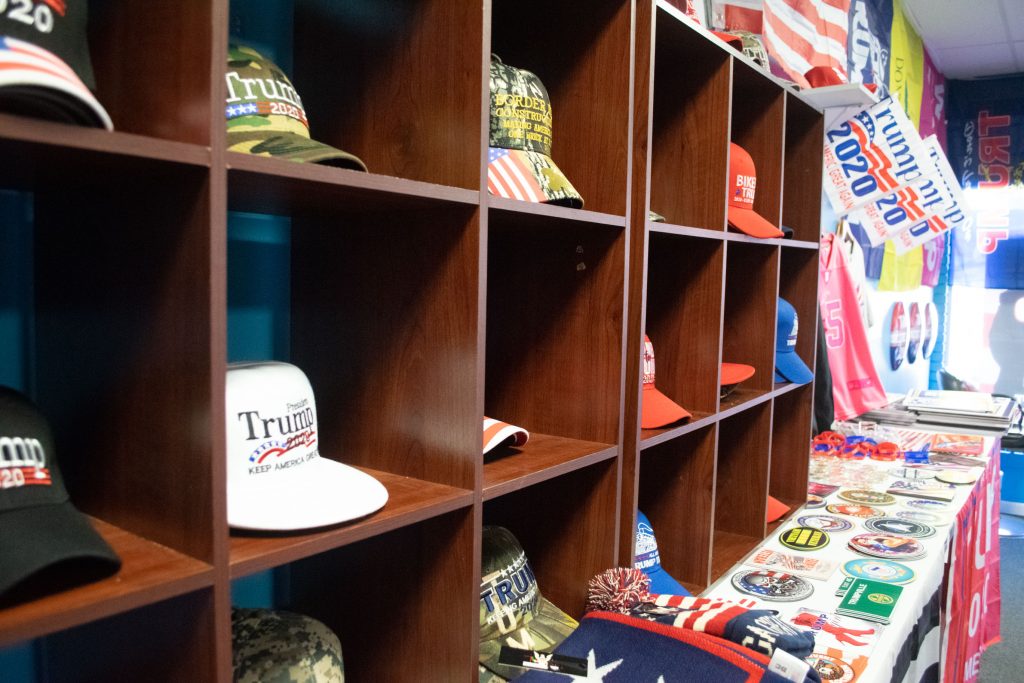 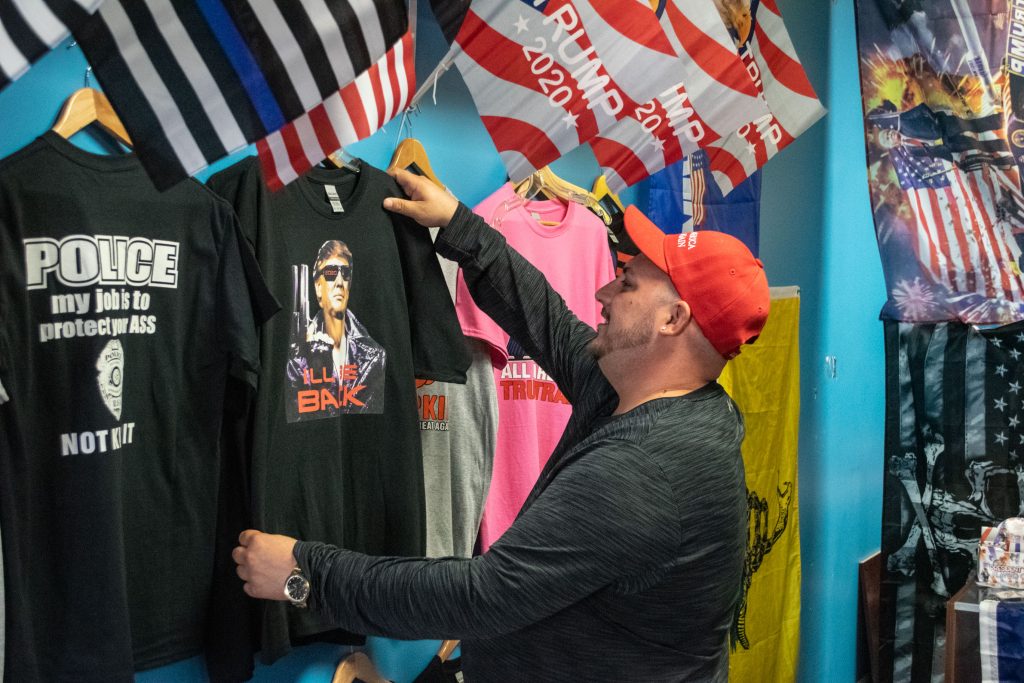 “I came to the Jersey Shore about five years ago and fell in love with it,” said Forster, a native of Michigan who now lives in Seaside Heights. “There’s no place like it – the Jersey people have this way about them, the way they talk. People are who they are here, and I like it.”

Forster began selling shirts and other Trump-themed novelties with his girlfriend in his free time. They would set up pop-up shops along a major roads and hope people stopped by – and they did. On one particular day, a woman who had recently lost her husband – a dedicated Trump follower – pulled next to the pop-up shop in Toms River. She began recalling stories about her recently-passed husband and his love of politics.

“She was literally almost crying, and my fiance went out to her car to talk a little more with her,” Forster recalled.

It turns out the woman who stopped by owned a number of commercial spaces, including one on Water Street in downtown Toms River that was vacant. She suggested the couple bring their wares to a brick-and-mortar location and open up shop.

“She said, ‘why don’t you come down to my store and try it out for a few days,'” Forster said. “It was a bit of a memory toward her husband, and she wanted us to do it.”

Forster got to work creating and collecting shirts, buttons, yard signs, bumper stickers, flags and vehicle accessories. There are, of course, plenty of red hats and even a wide selection of face masks with the signature “Make America Great Again” slogan written across them. The store also sells pro-law enforcement items.

For Forster, it’s a business that just a few years ago wouldn’t have been in the cards.

“I had never been into politics my whole life,” he said. “I didn’t vote for Trump or Hillary the first time. But he’s gained my respect and a lot of people’s respect. I thought we were heading toward nuclear war with North Korea, and he met with Kim Jong-un and tried to make peace. I was impressed.” 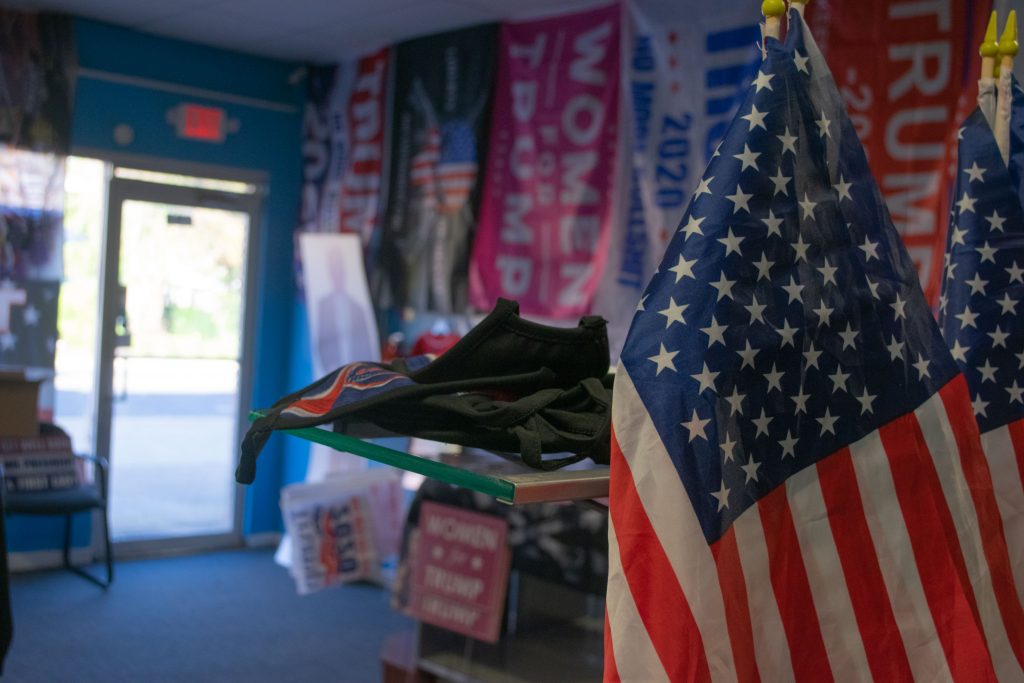 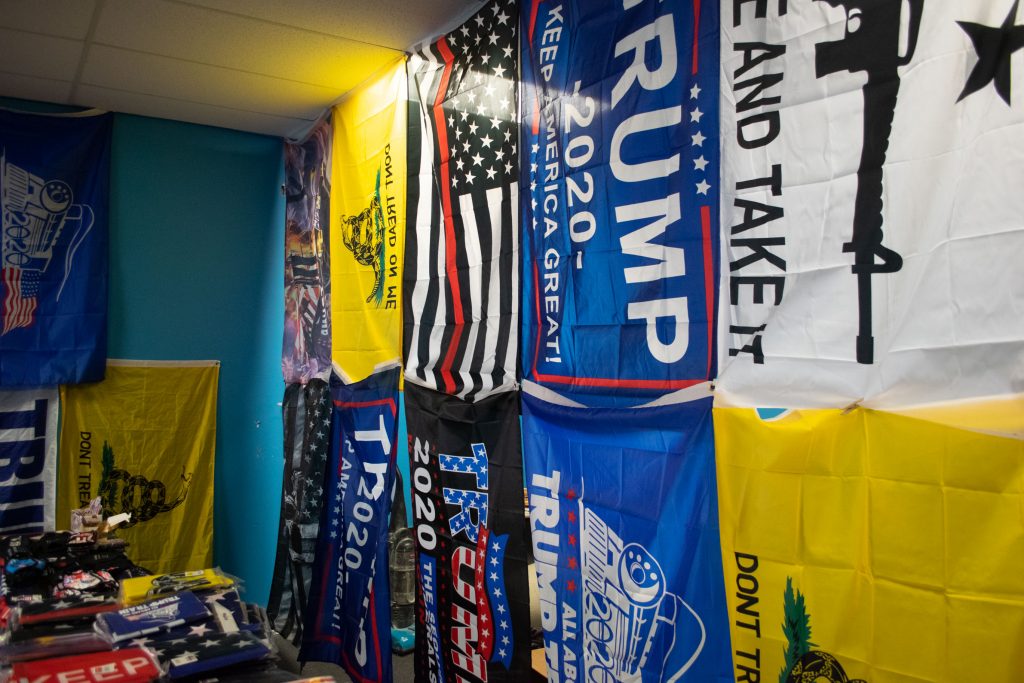 Forster said he also supports a number of conservative-minded issues, including lower taxes and gun rights.

He admits, “Trump’s not perfect, sometimes he’ll say something a little out of line” but being president isn’t an easy job, Forster feels. Working on the boardwalk also provided a glimpse into the challenges police officers have faced in recent months, which ignited an even bigger interest in politics.

“It’s a crazy time in America with people saying they want to de-fund the police,” he said. “I worked on the boardwalk and I saw some of those scenes. A guy will be drunk and disorderly, cause a scene, hit someone, and then when they arrest they guy people take out their phones and say, ‘oh, poor guy.’”

The store was always going to be an experiment. Would people show up to buy Trump swag? At first, business was slow, but things turned around after the administrator of the New Jersey Women for Trump Facebook group stopped in and shared photos with her 28,000 followers.

His shop had officially gone viral.

“I started getting all these phone calls – it went from one call a day to 27 in an hour,” he said.

Since the initial bump, the “Trump Store” has gotten a boost from local digital properties, including the popular Ocean County Scanner News page and the Shore News Network website.

“They started putting up pictures of the store and I found out there was a lot of support, and things have been going pretty well,” Forster said. “I love seeing hard-working people come in, they love their president, they do right. It’s awesome to be a part of it.” 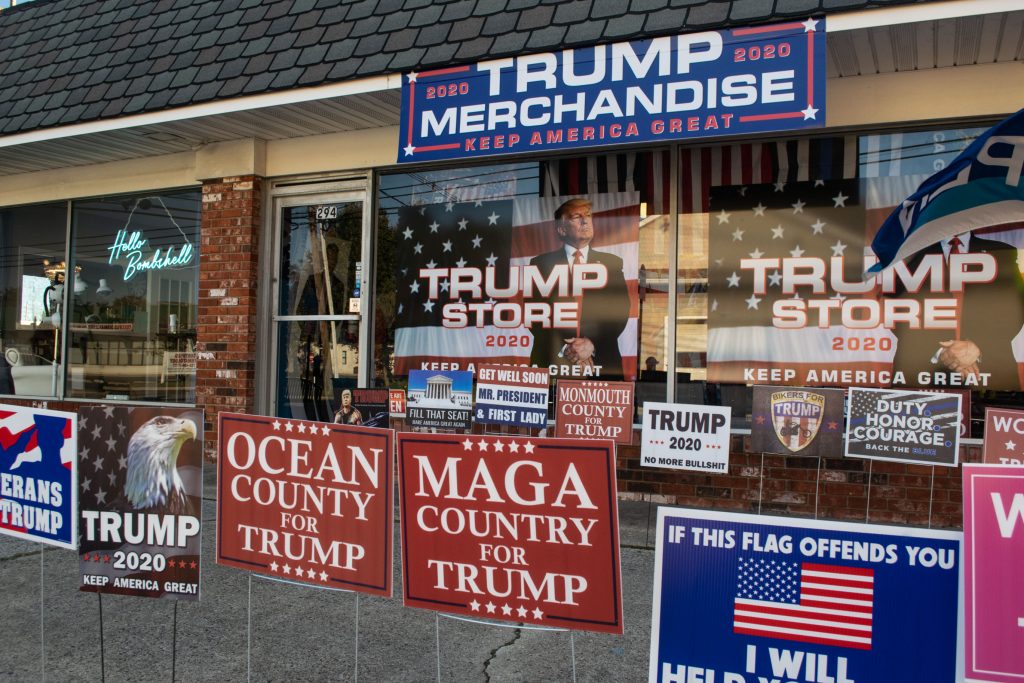 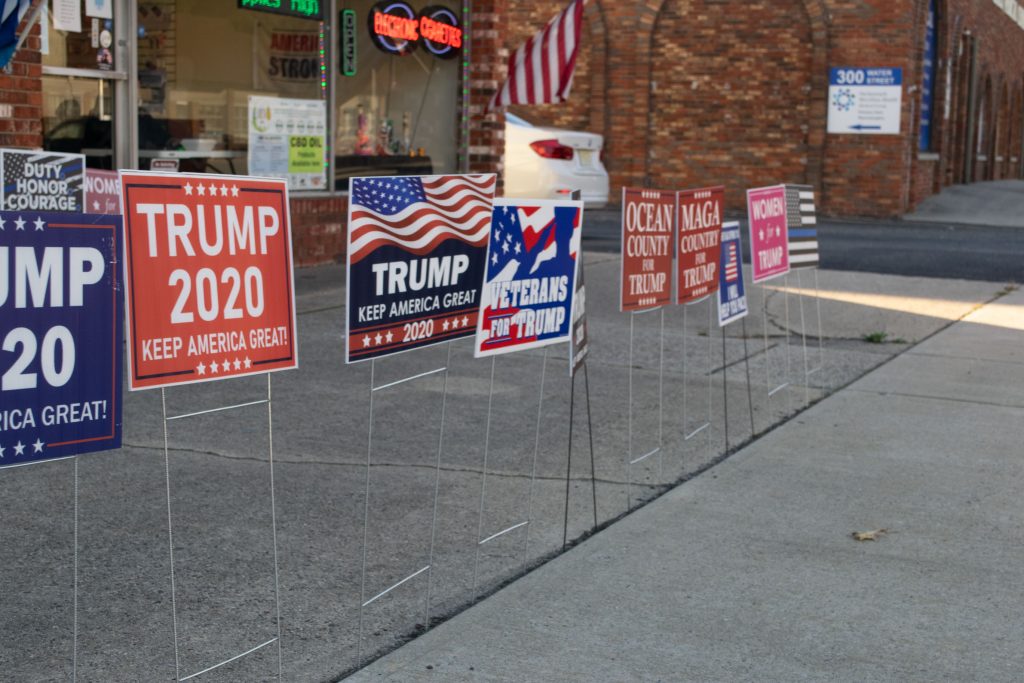 The store hasn’t been popular with everyone, however.

“My own cousin doesn’t talk to me anymore because I opened this store,” Forster said. “I went on Facebook and, look, blocked.”

Win or lose, Forster said he looks up to Trump, and credits his administration with building an interest in politics.

“I think if you’re a young entrepreneur, and you’re willing to work hard, he’s your president,” Forster said.