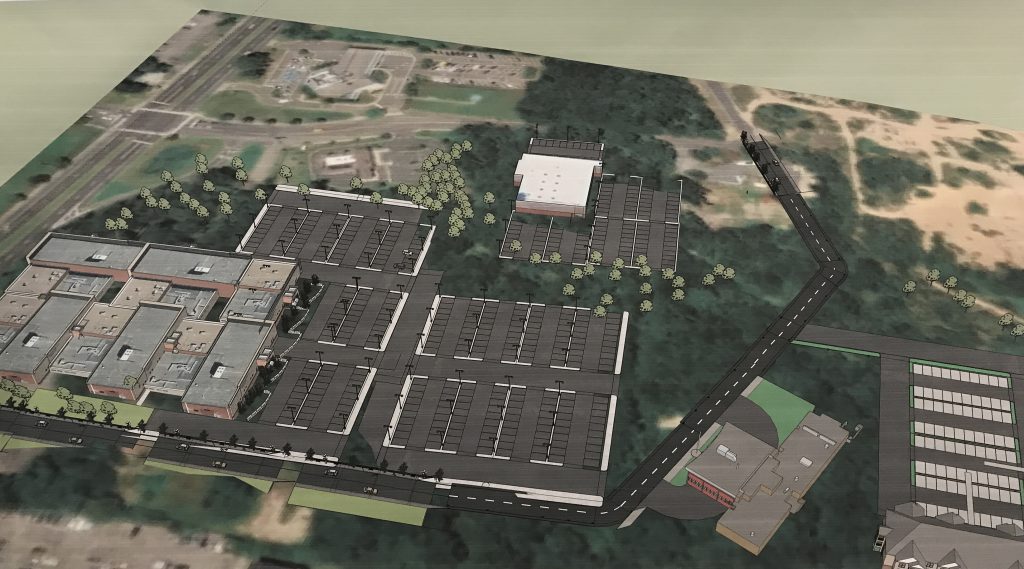 Last week, the township council formally approved the Hooper-Caudina Redevelopment Area, a plan that would see 258 lots totaling 22 acres developed with new construction that would supersede existing zoning in the area. The plot of land is predominantly wooded, but does include a Toms River Fire Co. No. 2 substation which would have to be reconstructed on another portion of the property. Most significantly, a $20 million VA outpatient clinic would be built at the site along with a new post office building, which would replace the current post office on Water Street which would be demolished in favor of flood protections systems and mixed-use commercial and residential space.

“There are a lot of positives to this piece of property,” said Toms River Councilman Maurice “Mo” Hill, who is a retired Navy Rear Admiral. “We were told the VA likes to locate their clinics near where there are support activities veterans can get to, and right next door is the Ocean County Veterans Service Bureau.”


Toms River faces competition in its bid for the VA clinic, with Brick Township proposing a site adjacent to Ocean Medical Center and near the new Garden State Parkway interchange 91 for the facility. The current facility is located in Brick off Route 70 and suffers from chronic overcrowding and a severe lack of parking.

Hill said the Toms River site offers bus transportation, additional nearby social services offices and closer proximity to county offices farther down Hooper. The post office would also be a crucial part of the project.

“The post office has expressed and interest because they’re downtown, and when they do their routes, the trucks spend quite a bit of time getting to the northern and barrier island areas of town,” Hill said. “This would make it more centrally located.”

The post office would likely build toward the rear of the site with access directly from Hooper Avenue.

David Roberts, the township planner, has said the redevelopment area includes a mix of township-owned properties, a large portion owned by a single commercial operator and some lots that are owned by individuals.

“No one entity has been able to assemble the entire 22-acre area,” he said. 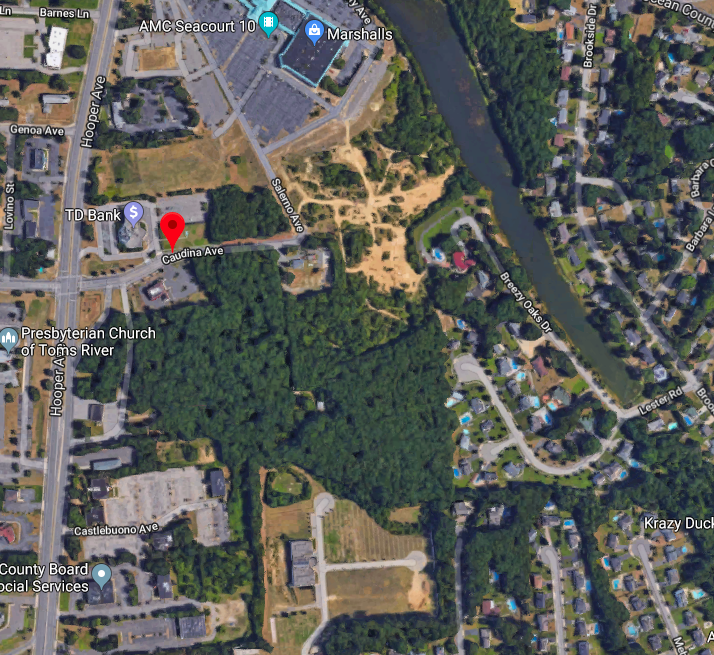 As envisioned by officials, the VA clinic would take up 60,000 square feet with 400 parking spaces over 8 acres. The post office would take up about 5 acres. A new intersection, with a traffic light, would be placed at Hooper and Castlebuono avenues to provide access – with additional access being built to connect the property to the Seacourt as well as an already-approved multifamily housing development on a neighboring plot.

The remainder of the the area, beyond the VA clinic, parking spaces, post office and road network, would likely attract multifamily residential housing, though the township’s redevelopment plan anticipates that such an area could be conveyed to a private property owner for development that would require approval from the planning board. About 5 acres would remain after the clinic, post office, parking, three-bay fire substation, right-of-way, new infrastructure and roadways are built.

Permitted residential uses would include townhomes or other multifamily dwellings. Commercial uses would include an urgent care center, medical facility, indoor gym or recreation facility or uses currently permitted in the office zone. All aspects of the development would require decorative lighting and landscaping, regardless of use, as well as visual and noise buffers.

Officials view the project as a vehicle to maintain the commercial sector of Toms River amidst a changing landscape – especially the transition of the Ocean County Mall from a 1970s-era shopping center to a more modern entertainment and service hub.

“Toms River is the county seat, and not only do we have a lot of services less than a mile away, we also have restaurants and shopping nearby,” said Hill. “There will also be quite a few jobs here with the quadrupling of the size of the VA clinic – more jobs in healthcare, support jobs, nursing jobs and technician jobs. It could be a big employment boon for Toms River.”