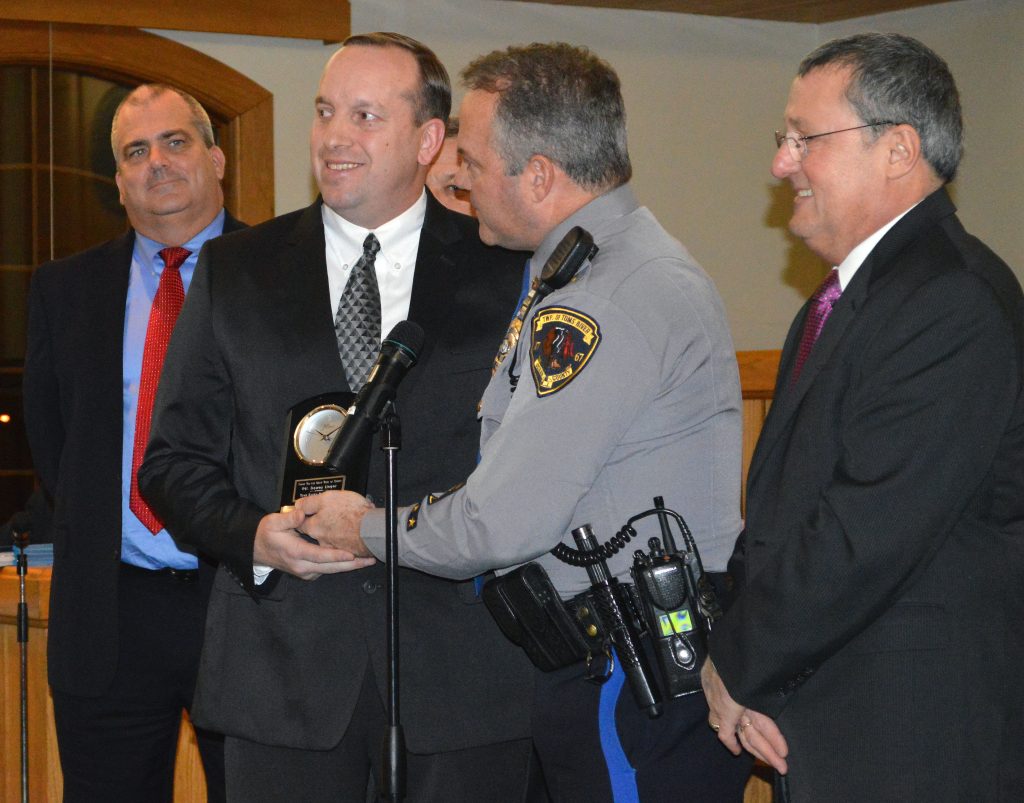 It’s a career that shouldn’t have ended this early.

After 15 years protecting Toms River resident as a member of the police department, Patrolman Dewey “D.J.” Unger retired Tuesday night after being injured in the line of duty.

A “cop’s cop,” he enjoyed the camaraderie of working the midnight shift and took the assignment many other balk at. He volunteered his time with the Police Athletic League to help the youth of the township, helped create several sports camps for kids and became certified as an EMT to go above and beyond to help resident in need.


“He had a wonderful 15 years with us,” said Chief Mitch Little.

Unger’s career was stopped in its tracks when he was called to deal with the an emotionally disturbed person who became “extremely violent,” Little said. “He ended up hurting his hand to the point where he can’t work anymore.” 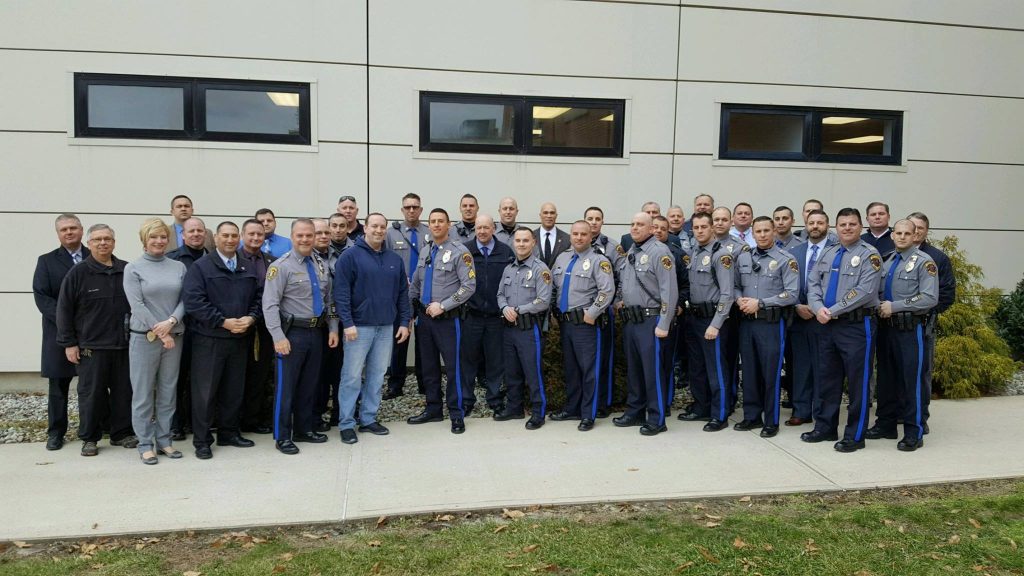 Ptl. DJ Unger escorted out of TRPD on his last day by his colleagues. (Photo: TRPD)

Unger lives in Little Egg Harbor and has a young son and daughter.

“In retirement, Patrolman Unger will continue to concentrate on what’s most important, his children, family and friends – and will look to begin a new chapter in his life,” the department said.