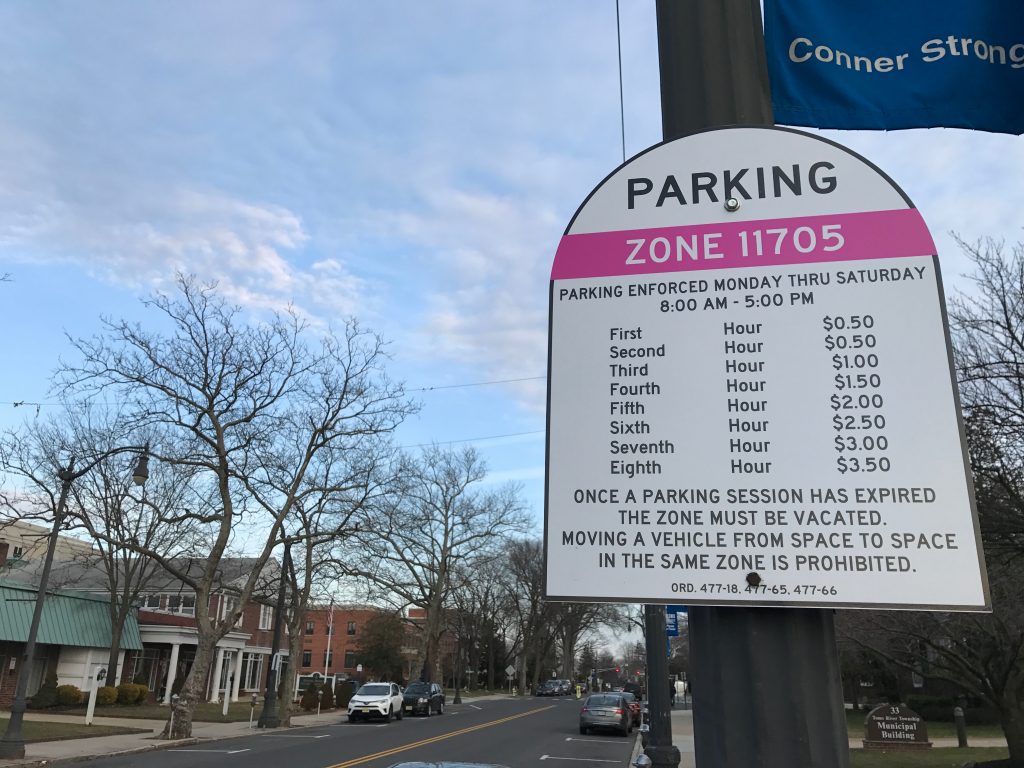 It’s been three months since the parking rates have increased in downtown Toms River. Business owners have said it has been mostly positive and the parking authority’s leader explained how the money being earned from increases is being used.

The quick version is that the money went to pay for the new meters that are being placed throughout the downtown areas. The long version explains the details of the Toms River Parking Authority’s 2016 budget.

The biggest difference between the 2015 and 2016 budgets are $249,046 in capital improvements. This made up $85,800 in new meters, plus three new vehicles. However, these projects were bonded. This means that the authority borrowed the money and will pay it back over 5 years. The increases in meter and decal revenue are expected to pay that bond off.

According to budget narratives, the downtown businesses have been flourishing, increasing demand for parking and the need for more convenient ways of billing. Therefore, the authority needed a way of promoting shopping and short visits and preventing people from parking all day in front of someone’s store.

“The problem we had with the downtown area was visitors finding parking because employees were parking on the street all day,” said Pamela Piner, executive director of the Toms River Parking Authority. “With mechanical meters, it was hard to know who was just running out every two hours to feed the meter. The new process was done to discourage this.”

Other improvements were made to let people have different payment options, since most people don’t have a lot of change on them. People can now pay by card or by Pay By Cell, a payment program like EZPass, she said.

A significant change is that people can just push a button on the meter to get 20 minutes of parking for free if they want to run in to a business really quickly.

“This has helped our restaurants at lunch time when people are just picking up,” she said.

When the increases were first announced, they were not popular. Some downtown employees staged protests to not use the parking meters in order to get the authority to change its mind about the increases. The protests have quieted down since then.

Downtown business owners spoke highly of the 20 minute free parking and said that in general the new parking program has some growing pains.

Jimmy Capone, owner of Capone’s Gourmet Pizza and Pasta, said that some of the customers have been complaining that the new meters aren’t working. These programming glitches seem to be temporary, and the parking authority has been quick to respond to problems.

He said that the 20 minute free button has received a lot of positive feedback from customers.

“People can come in and pick up food to go,” without feeding the meter, he said.

Customers have also appreciated that they can use credit cards. And restaurant owners appreciate that the meters stop at 5 p.m. They used to stop at 6 p.m. “Customers can come in for dinner and don’t have to worry about putting money in the meter,” he said.

Bob Livolsi, owner of Triangle Creative Copy Center, also praised the 20-minute parking. “This is usually enough time for my customers to get in and out,” he said. The meters in front of his building, on Water Street, and around the corner in front of Uncle Dood’s Donuts, also work with the 20-minute period. There is more of a problem with people who do not read the private property signs and park in the store’s employee spots.

The meters and three new vehicles were the main difference between the parking authority’s 2015 and 2016 budgets.

The Toms River Parking Authority is a quasi-independent body overseen by a board of commissioners and housed in Toms River’s administration building. It maintains an annual budget of about $750,000.

The name of the parking authority is a bit of a misnomer in that it does not just run the parking garages and meters. It also oversees the Toms River bus terminal as well, Piner explained. In 2016, executive director Piner earned a $68,737 base salary plus an estimated $20,548 benefits package. The position is listed as having an average of 50 hours per week. Kenneth Kufall, operations manager, had $60,152 base salary plus $9,432 in benefits. The Board of Commissioners, made up of Michael Sutton, Tariq Siddiqui, Bill Beining, Richard Banach, Norvella Lightbody, and Brenda Tutela, are not paid and do not receive benefits.

In some authorities, such as municipal utilities authorities, there is often a surplus that the town can take in order to keep down taxes. There were no such transfers of money between the township and the parking authority.

Other significant increases was $101,019 in administration costs from 2015 to 2016. Piner said that this figure had to do with professional services, such as an audit and lawyers’ fees. Another increase is $33,870 for telephones and cellular services. This is because the new meters are wireless, so that incurs merchant account fees and other charges.

There was an increase in salary and wages in the amount of $52,194. There are 13 employees, including the executive director. The volunteer commissioners are not considered employees since they draw no pay or benefits. Three of the 13 employees are part time. This includes the staff at the Toms River bus station, maintenance, snow removal and landscaping for the lots downtown.

That $52,194 figure also included raises for hourly employees that Piner said because their previous rate was too low. It also included an amount of overtime based on 2015’s snowstorms. The Parking Authority is responsible for plowing, and this was built in. However, it did not get spent since it did not snow much in 2016.